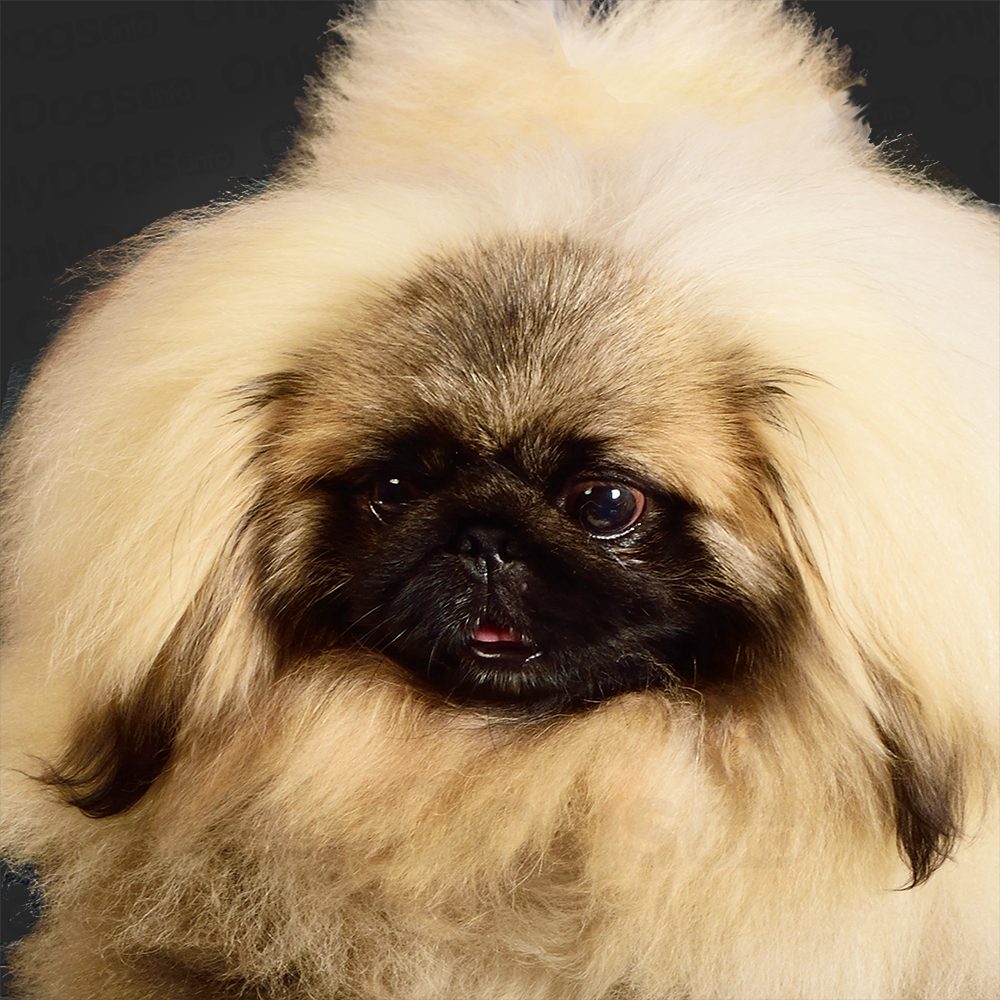 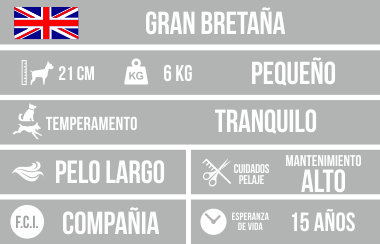 It is a small, compact and heavy dog. The front part of its body is robust and width, and the back, a little narrower. The head is relatively big regarding to the body. It has some folded ears against the head and with very long fringed hair, which is confused with the rest of the fur. It has a long, straight and a rough fur. A wide range of color combinations are allowed, except the albino. 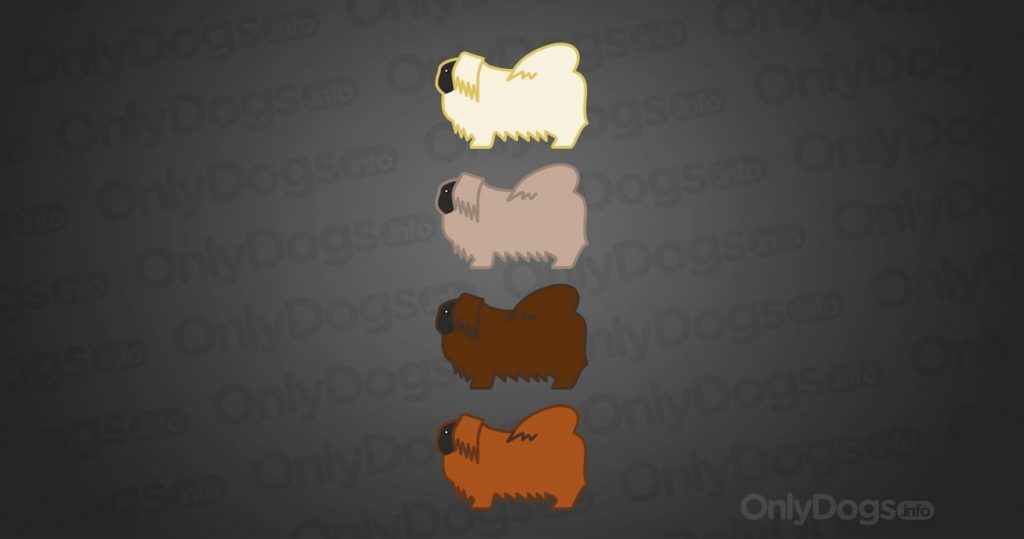 The Pekingese is a breed which comes from Peking, China. The citizens of the empire think that this animal appeared in a mythological era. This dog was so cherished by Buddhism that it ended up being one symbol of this religion in the Ancient China, and the passion of the imperial family. It lived for centuries in Peking, without contact with the outside world. Any infraction, as robbery, kidnapping or murder of a specimen, was punished with death penalty or prison.

It was a privilege for the Imperial family and the high nobility of China, because its exportation was forbidden. In 1860, the first specimens of this breed arrived in Europe thanks to the raids of the Britain Army in Peking during the Second Opium War, in which these dogs were taken as booty because of its exotic appearance. Thirty years later they were presented in Chester’s exhibition, and so they got their current distribution. 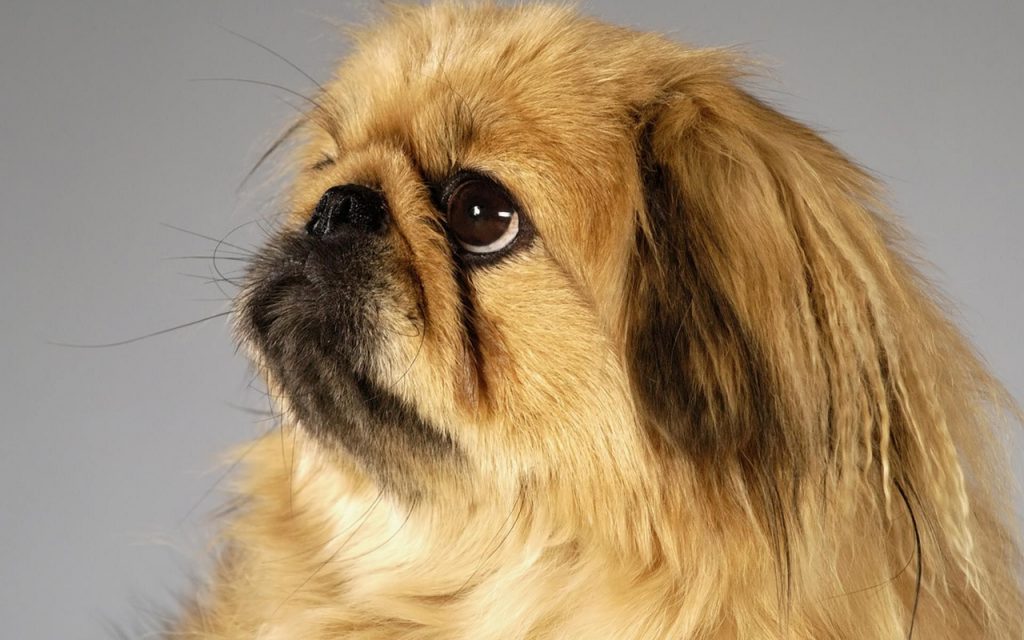 The Pekingese characteristically has width, short and flat snout and mouth. This characteristic makes it prone to Brachycephalic syndrome, which causes serious respiratory problems.

It is a rectangular-shaped dog; its length rate is bigger than its height, and has a deep chest and short paws. Its eyes are large, dark, and bright, and are placed separately in the face.

The tail is covered by a lot of fur and it is high-placed over the spine; it can be curved to both sides.

The litter is usually composed by three or four puppies. 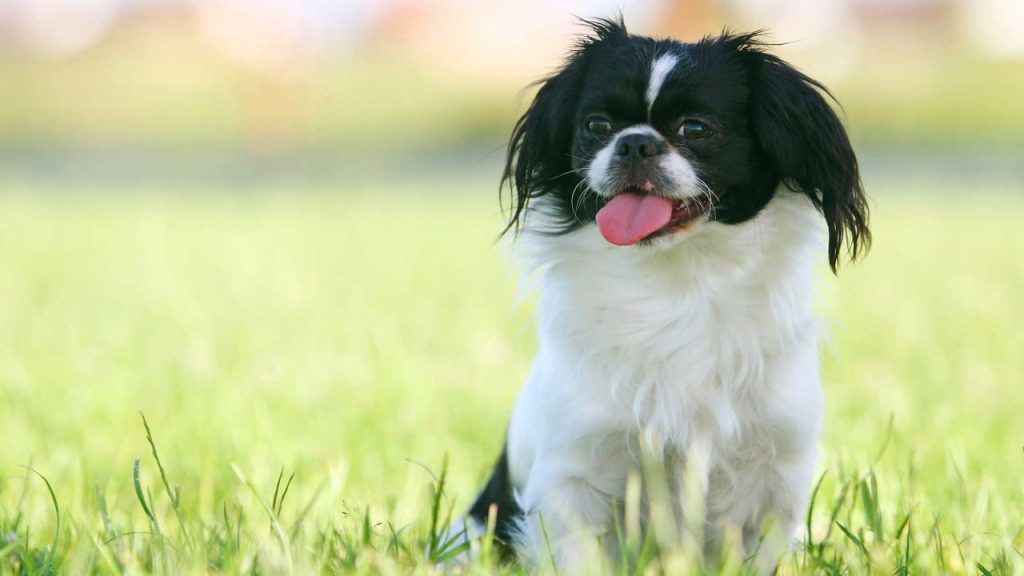 The Pekingese is watchful, brave and does not bark much; it is a good guardian dog. If it sees its territory violated, it does not hesitate to attack immediately.

It loves being at home and not being alone for long periods of time. It is not shy, neither aggressive. 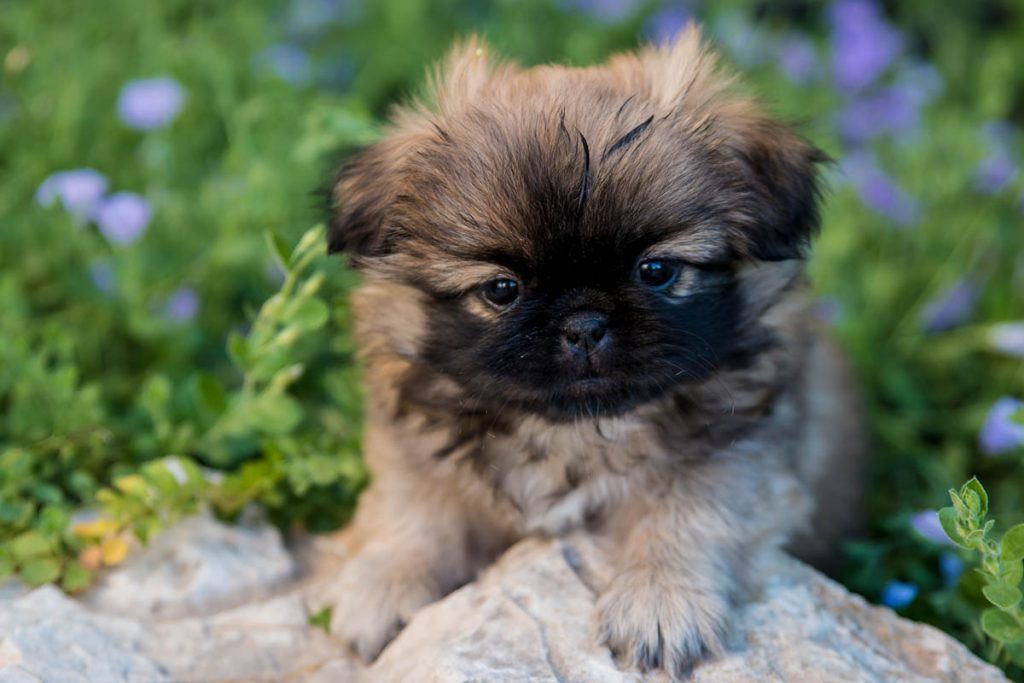 The Pekingese is difficult to train because it does not follow orders, just compliments and strokes. It needs a balanced diet since it is a puppy to prevent it from being overweight.

Due to its long coat, its maintenance must start when it is little and are a liitle more demanding when it is an adult. It requires a weekly hair brushing, but a professional groomer is not needed. 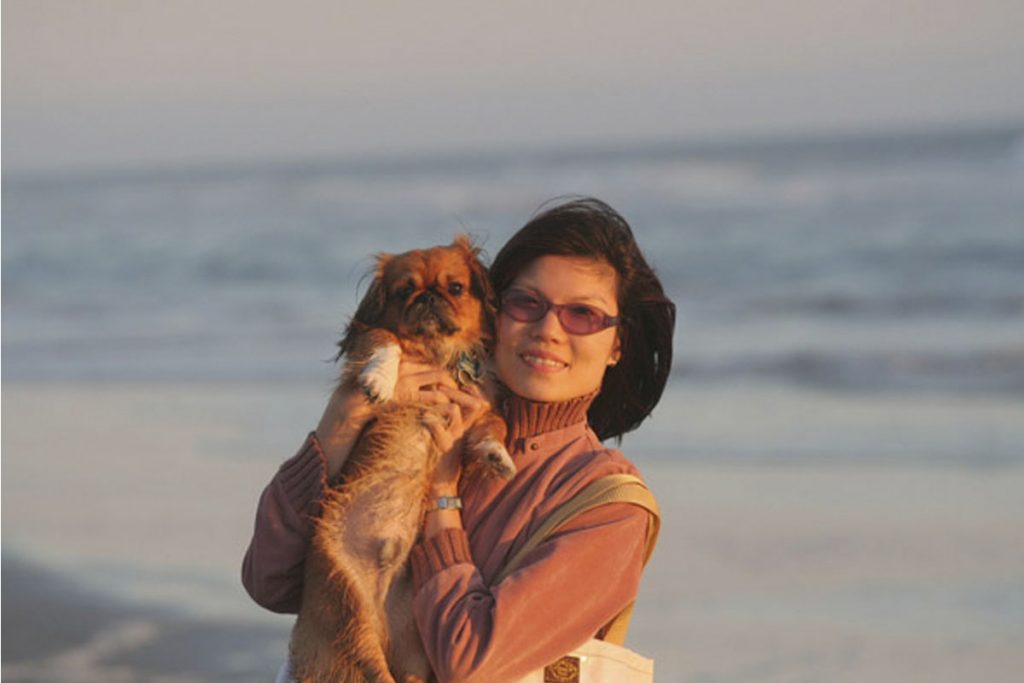 Its large eyes are highly sensitive to injuries, and so they demand a lot of attention. It is one of the many breeds called brachycephalic and because of its short nose it may endure dyspnea (respiratory problems). 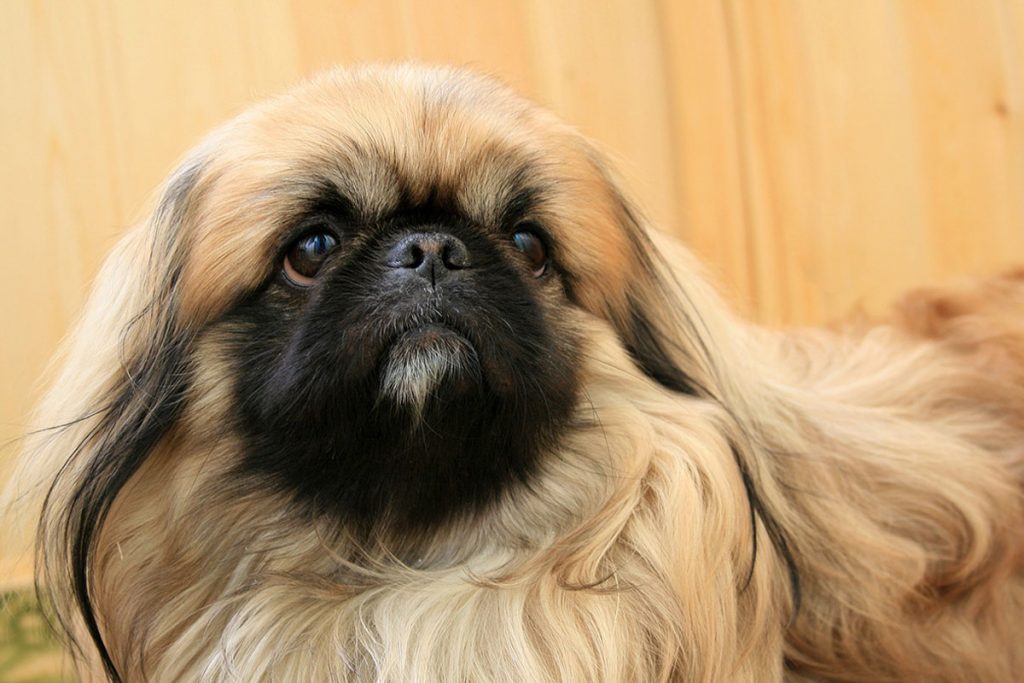 You can download the FCI (International Cinological Federation) standard at the following link: http://www.fci.be/Nomenclature/Standards/207g09-en.pdf

Be the first to review “Pekingese” Cancel reply