Shih Tzu – Only Dogs
Follow Us on Social Media 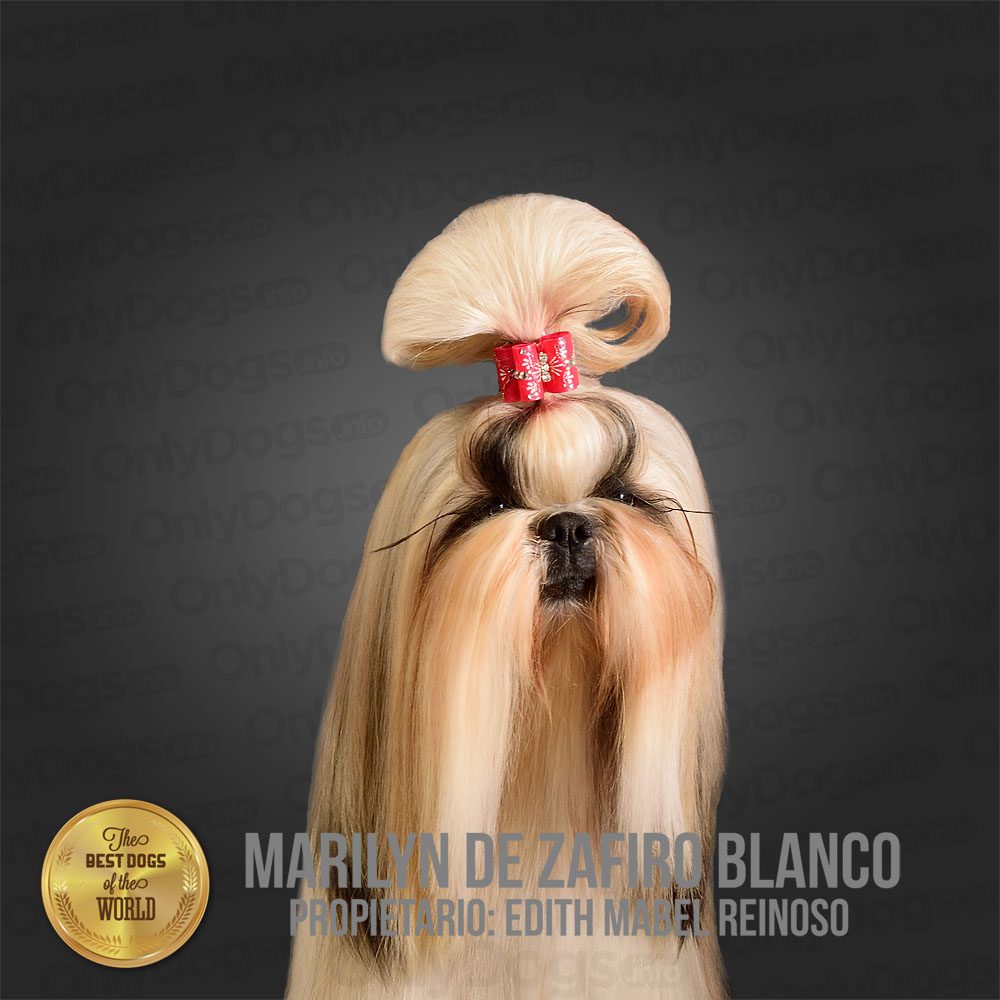 This breed stands out because of its silky straight long fur. Chinese breeders bred them to resemble “the lion as depicted in traditional oriental art”. Just like the Lhasa Apso, this is a breed related to Buddhism. It is believed that this robust dog is the crossbreeding between the Lhasa Apso and the Pekingese. It has a lifespan of more than 10 years.

This breed stands out because of its silky straight long fur. Chinese breeders bred them to resemble “the lion as depicted in traditional oriental art”. Just like the Lhasa Apso, this is a breed related to Buddhism. It is believed that this robust dog is the crossbreeding between the Lhasa Apso and the Pekingese. It has a lifespan of more than 10 years. 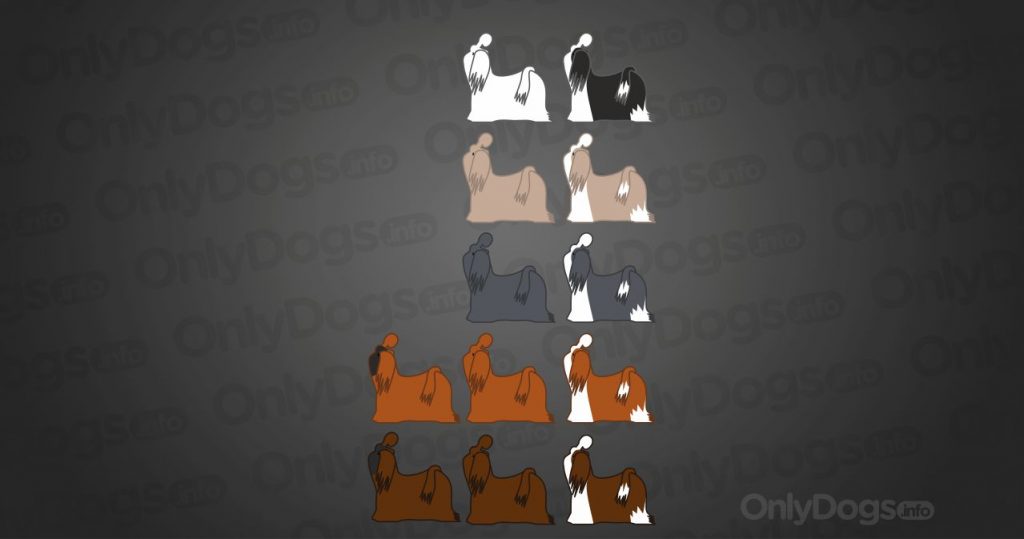 The Shih Tzu breed comes from the Tibet and it is related to the Buddhist monasteries, where it was considered sacred. Likewise, having this dog was a privilege for the Chinese royalty, where it was also considered sacred and was given a lot of attention.
When the Shih Tzu arrived in England, in the 1930s, it was confused with the Lhasa Apso, and so they were thought to be the same breed. However, in the same decade it was decided to separate both breeds, and that is how we know them nowadays.

Currently, the Shih Tzu is very appreciated as a companion and exhibition dog. Its magnificent fur and small height have made it stand out in dog exhibitions, while its sweet personality has made it a popular pet among the homes. 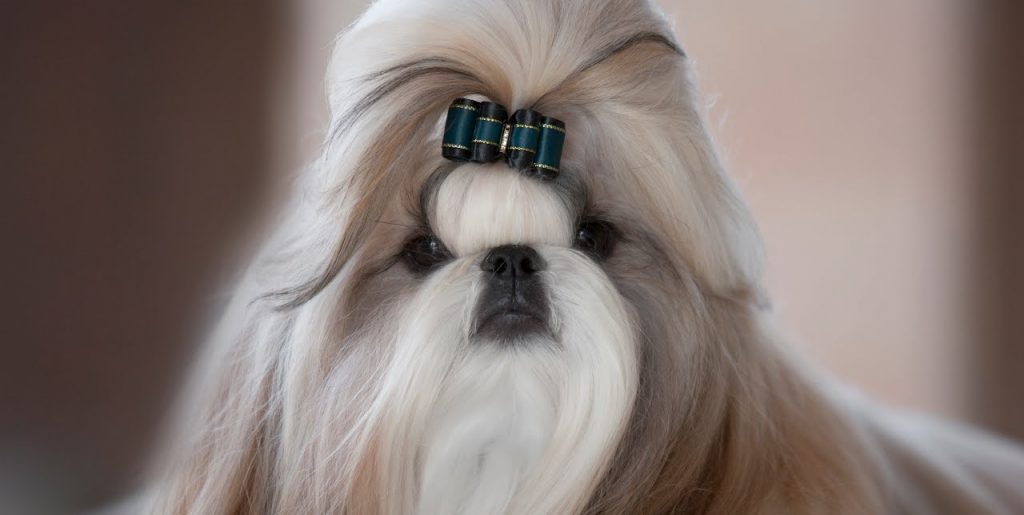 The Shih Tzu is a robust, compact dog with a lot of fur. It is small, slightly longer than tall; its height does not exceed the 26-27 cm at the withers, and it weights between 4.5 and 7.3 kg. Its body is covered by a soft double coat. The head is width and round, and the ears are hairy, long and trailing. The tail is curled over the back and looks like a feather duster of long feathers. The hair is long and thick, and it can be of all colors.

It has a striking way of walking. A very noticeable feature is the underbite, which is required in the breed standard. 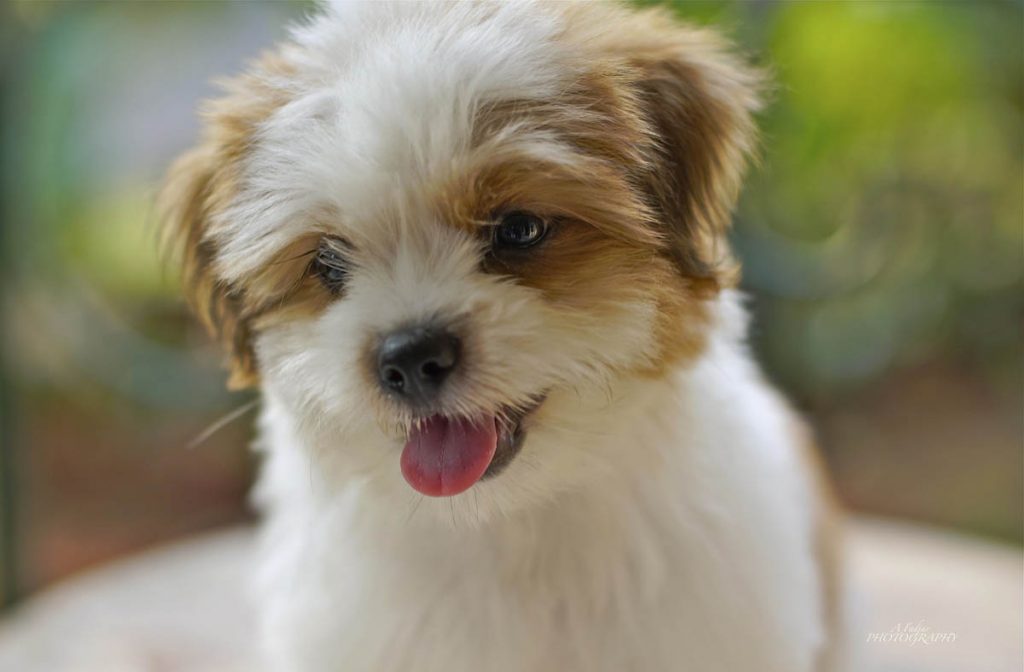 It is an intelligent breed, temperament that is loyal and affectionate. It is an excellent guardian dog, with an independent, playful and curious nature, and will always try to do its will. It loves to be around their owners but it also enjoys freedom sometimes. It may seem like it does not pay attention to orders, but it only takes to say things firmly and nicely. It is a sociable dog, with dogs and other animals as well, especially with cats. It does not have a bad reaction when it sees strangers; instead, it reacts in a friendly way. 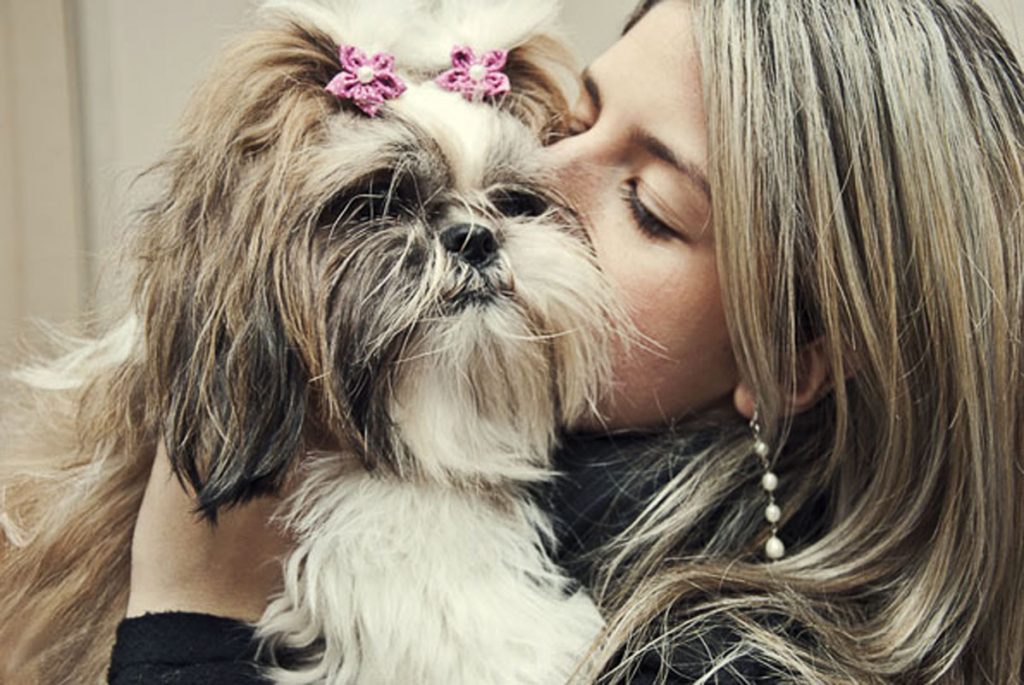 It is worthy to stress the hard maintenance of this breed’s long and silky fur, because it needs a daily brushing to avoid tangles. It is common to cut the dog’s hair to simplify its maintenance. The coat must not be cut if it is for exhibitions, but the cutting and cleaning in the paws and anus area is allowed.
It is suggested to give a special treatment to the eyes area to avoid health problems there, because they are usually really big and so they are exposed to different germs. The snout is short and flat, which may cause respiratory problems; for example, snoring.

It is also important for them to have a balanced diet because they have a delicate stomach and do not process anything as well as their own foodstuff. 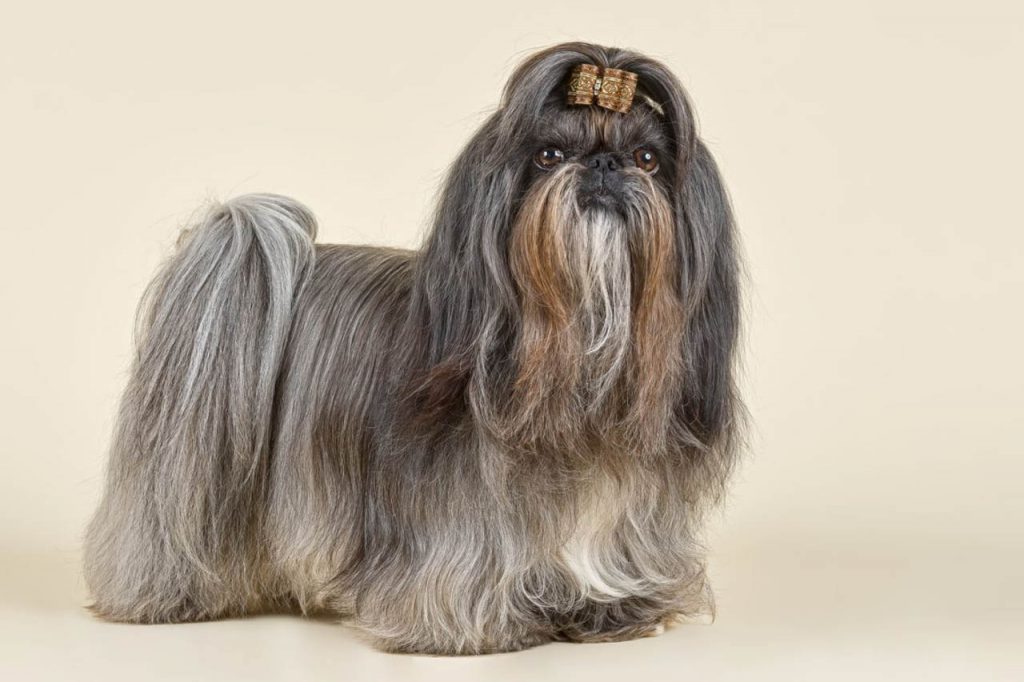 A characteristically serious health problem of this breed is renal dysplasia. This is probably a genetic illness which makes the kidneys to stop working. There is also the possibility of stone creation in the kidneys and in the bladder. In this case, they are both treatable. This breed can also have some spine problems because of its long back. Due to its short face, it may also have respiratory problems, and sometimes snoring or wheezing.

References: https://en.wikipedia.org/wiki/Shih_Tzu
You can download the FCI (International Cinological Federation) standard at the following link: http://www.fci.be/Nomenclature/Standards/208g09-en.pdf

Be the first to review “Shih Tzu” Cancel reply