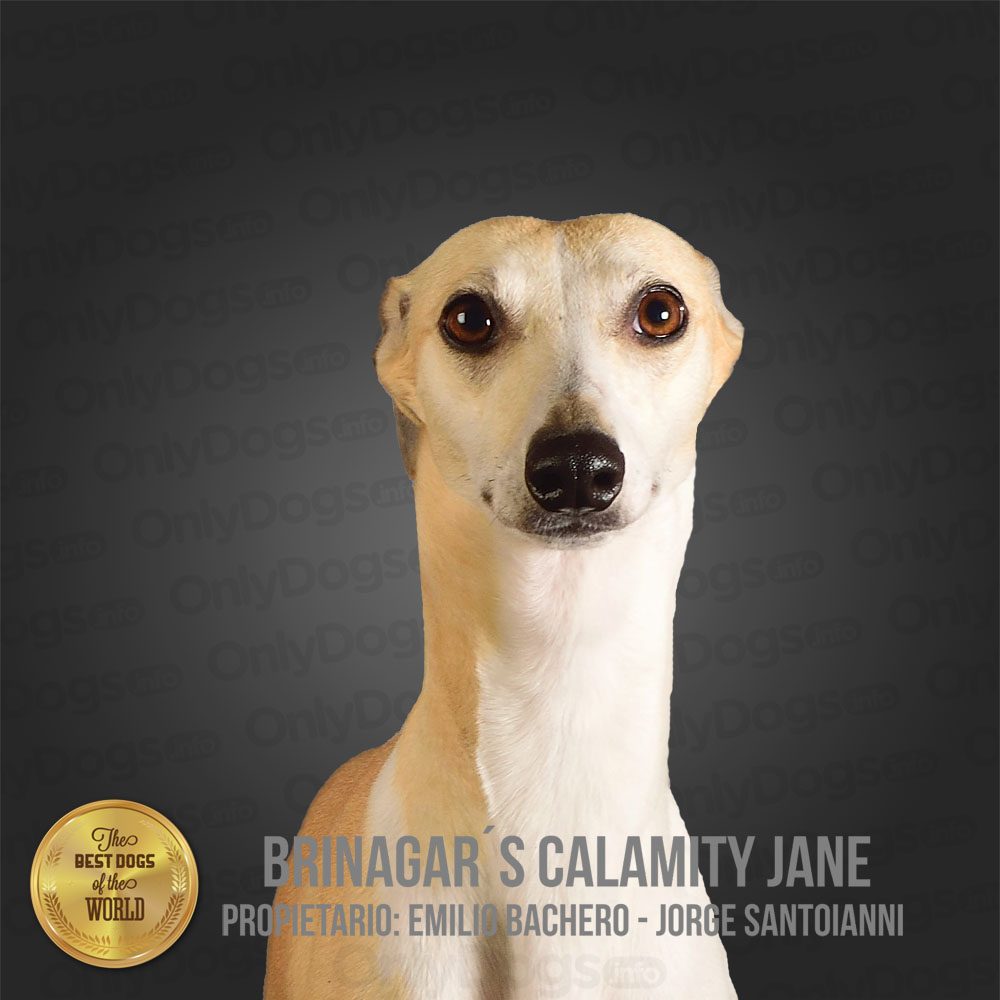 This is a breed that originated in England of svelte and elegant dogs. It has a suitable structure for working and running in high speeds. These medium-sized dogs are active and playful. This is a breed that originated in England of svelte and elegant dogs. It has a suitable structure for working and running in high speeds. These medium-sized dogs are active and playful.

The Whippet was bred by Northern England miners and millers. It was originally destined to rabbit hunting and later, it started taking part in greyhound races. In the XVIII century, the working-classes could not afford a “pure greyhound”, that is why they bred their smaller and affordable version, the Whippet. It was considered to be a noble dog. Over the years, breeders looked for a dog which was like a small and fast greyhound, which was also resistant, brave and tough as a Terrier. With this in mind, many breeds were part of the Whippet’s formation; those breeds were the English and Italian Greyhounds, the Airedale, the Bedlington, Manchester, Yorkshire and English Terrier. As a result of these crosses, a specimen capable of reaching 60km per hour in a few seconds was created. Actually, the Whippet is the dog which can reach highest speeds. These dogs were used as racing dogs, and also as rabbit and hare hunters. Nowadays, these activities are not very usual and it is more common to see pet Whippets which enjoy a peaceful life without working. 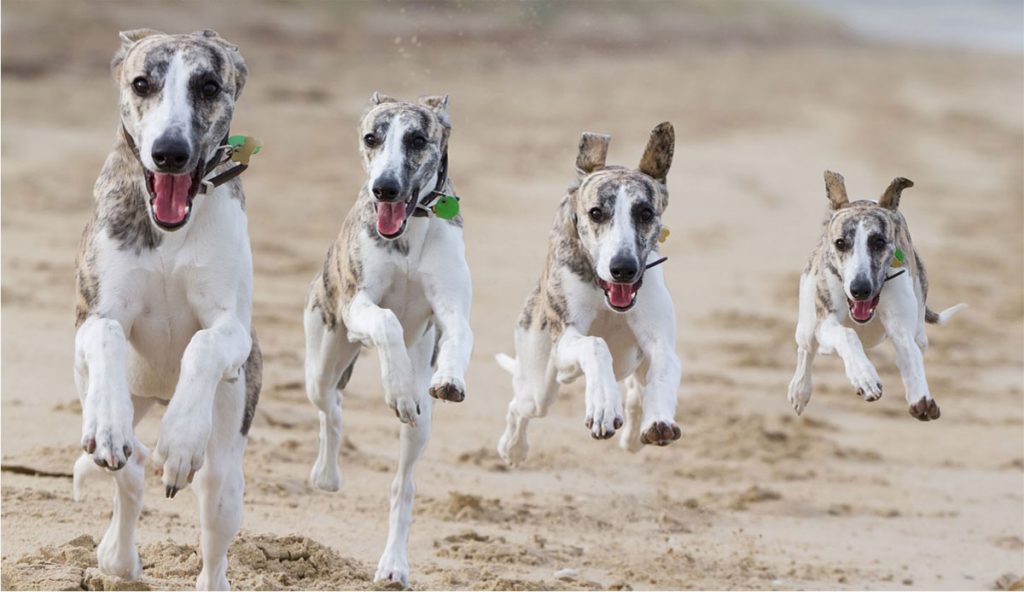 Even though the FCI Standard of this breed described its appearance as a mix of strength and elegance, it is difficult to appreciate at first sight the power and strength of this breed. On the contrary, a general look to the Whippet makes them look as fragile and delicate dogs. However, a deeper knowledge of this breed shows strong and resistant dogs, and agile when doing physical exercise.

Whippet’s head is large and slim, flat on the top. It narrows while getting to the snout, which is also large and slim. The eyes are round, bright and with a clever look. The ears are small and rose shaped, with a fine texture. The neck must be arched; it is long and muscular too. The back is broad, firm and a little large, while the spine is strong and is slightly arched. Its deep chest has a defined lower chest and it continues with a retracted abdomen. Whippet’s tail is long and has a sharp tip. Even though the dog lifts it up when it is active, it is never curved over the spine. The coat is short and smooth, and it can be of any color.

The height to the withers in males must be between 47 and 51 cm, and between 44 and 47 for females. The weight is not specified on the FCI Standard, but Whippets tend to weigh between 9 and 20kg.

The Whippet is a calm dog. It can be discreet and mistrusting with strangers, which is why it is recommended to be early socialized to avoid shyness problems when it is an adult. It easily adapts to domestic and sporty environments. It is kind and with a balanced aptitude

These dogs tend to get on well with children, as long as they treat them respectfully. These are not dogs which enjoy rough game, which is why they are not the best for very little children. They are excellent for older children who are able to control themselves and treat their dog respectfully. It is important to keep in mind before getting one of these dogs if you are willing to take care of it for about 10-14 years, as it is their average life expectancy.

Because of its smooth skin and its low percentage of body fat, this dog tend to suffer low temperatures more than other dogs, and it needs some kind of coat which protects it in cold weather.

Whippet loves biting things, and that is why it is recommended for it to have toys to avoid any furniture being broken.

Whippet may endure cataracts, heart diseases, progressive retinal atrophy, thyroid problems and hypersensitivity to different chemicals and medicaments. It has also a smooth skin which can get hurt easily. You can download the FCI (International Cinological Federation) standard at the following link: http://www.fci.be/Nomenclature/Standards/162g10-en.pdf