English Setter – Only Dogs
Follow Us on Social Media

It is a medium-sized dog with a silky coat and elegant movements. It is part of the Setter breed, which includes the Irish Setter and the Gordon Setter.As it tends to be very curious and affectionate and it is tolerant with children, it usually gets on well with them. 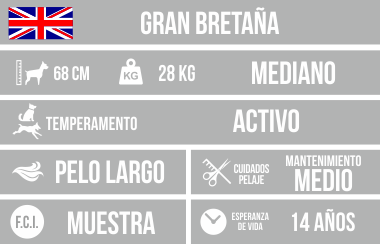 It is a medium-sized dog with a silky coat and elegant movements. It is part of the Setter breed, which includes the Irish Setter and the Gordon Setter.As it tends to be very curious and affectionate and it is tolerant with children, it usually gets on well with them. 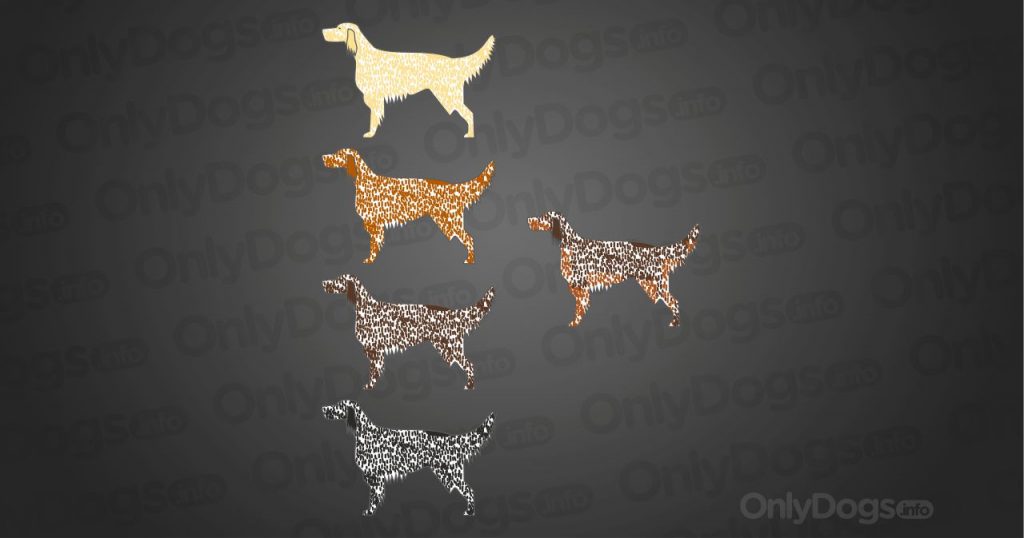 Its origins date back to the final stages of the Middle Ages in France, as a Braque Francais descendant. However, according to Edward Laverack’s book, “The Setter”, setters are improved Spaniels. Pointer’s blood was not used during the Setter’s creation because the Setter existed in England before the Pointer.

It was taken to England where it was divided in different lineages: theLlanidloes setter, the AngleseySetter, the Irish Setter, the white and red Setter, the Gordon Setter and theOssulton Setter. 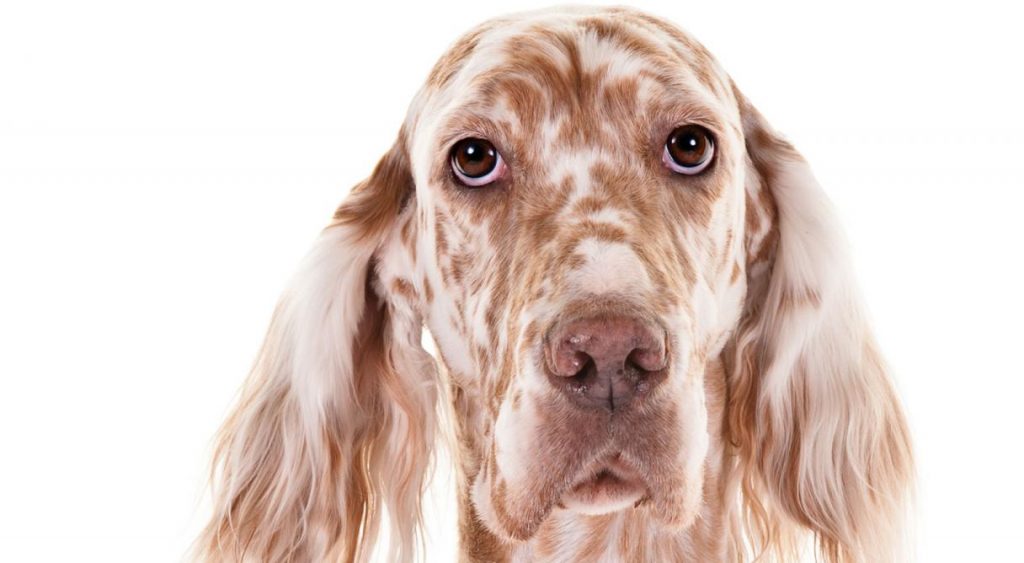 The current English Setter appeared in the XIX century thanks to Edward Laverack’s effort (1789-1877), a British man fond of hunting who bred Setters in an inbreeding way for more than half a century from a couple found in 1825. In 1874, the first book with the English Setter Standard was published.Laverack could just get only two champions in beauty contest because these competitions appeared not much time before his death. When he died, there were only 5 specimens of the breed, but he had already distributed his dogs’ blood around half of the world.

Edward Laverack’s work was continued by his friend Richard Purcell LLewellin (1840-1925), who bought Laverack many dogs and created his own lineage, crossed with Gordon Setters, Irish Setters and English Setters of other breeders, getting as a result a beautiful breed, a little smaller than Laverack’s, but better for herding and hunting. 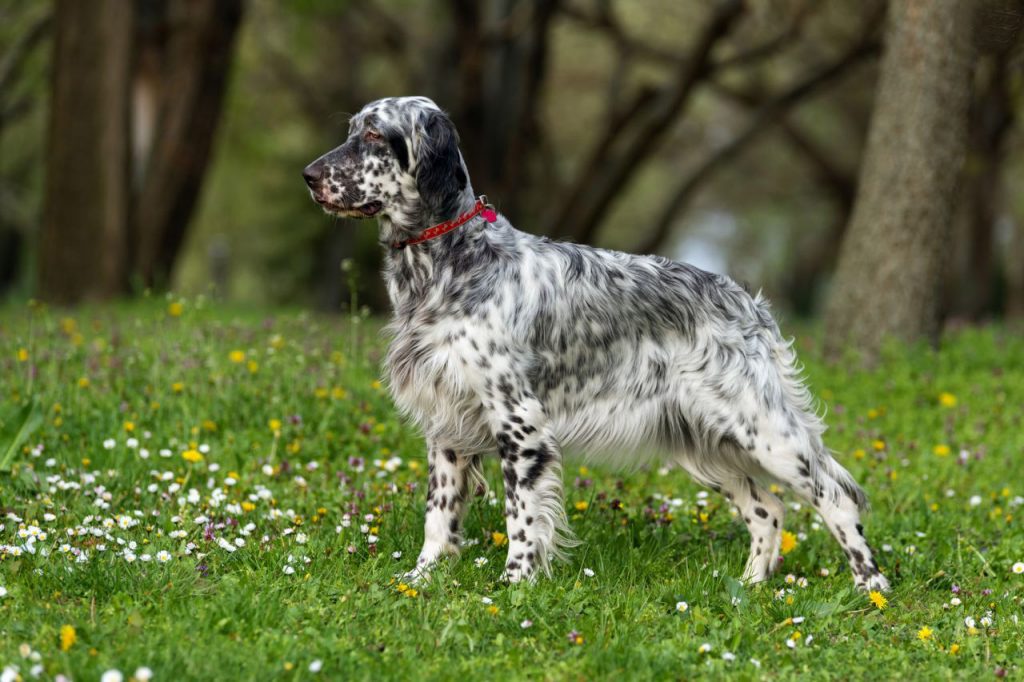 In 1890 the first English Setter Club was founded.

Currently, there are two lineages dividing the English Setter: the first one is for bigger dogs, which compete in beauty contests thanks to their long coat with fringes; and the other one, a bit smaller, which is unbeatable when it comes to herding and hunting. This one is sometimes referred to as the Llewellin Setter.

The English has an elegant and majestic appearance, and is very strong and resistant. The top of its hairy ears are positioned in line with the eyes and lie in an elegant fold to its cheeks. The tail has a medium large and is also hairy. This coat is long, silky, and wavy, and it could be black and white, orange and white, brown and white, or tricolor.

In this breed there are two varieties: one big and elegant (exhibition dog) and another one a little smaller (hunting dog).It is a medium-sized dog with a height to the withers between 55 and 65 cm in females and between 57 and 68 cm in males, and with a weight which varies from 25 to 30 kg.

This breed has a characteristically spotted coat, with well-defined markings.
Its coat is what stands out the most: it has a long silky coat, which forms fringes on the outside of the ears, neck, chest, down the back of the front legs, under the belly and on the back legs. 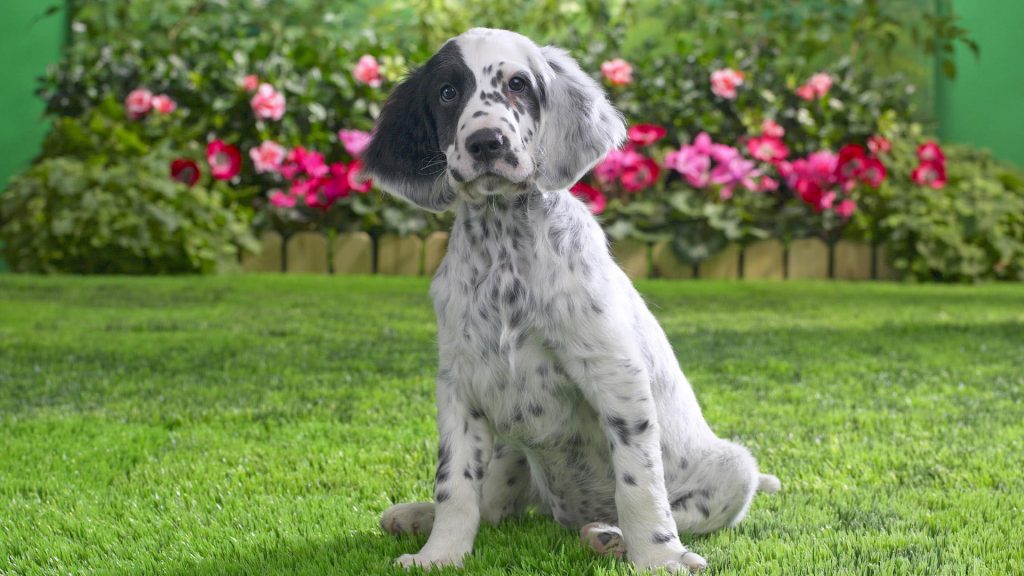 The EnglishSetter is quiet, loyal, obedient, friendly and sweet. It is a good companion for children because of its endless patience.

The English Setter is a very active and friendly dog, tireless (it needs to do a lot of daily exercise) and good for hunting.
It needs constant attention and human and animal company. It adores visitors and is particularly happy with children. 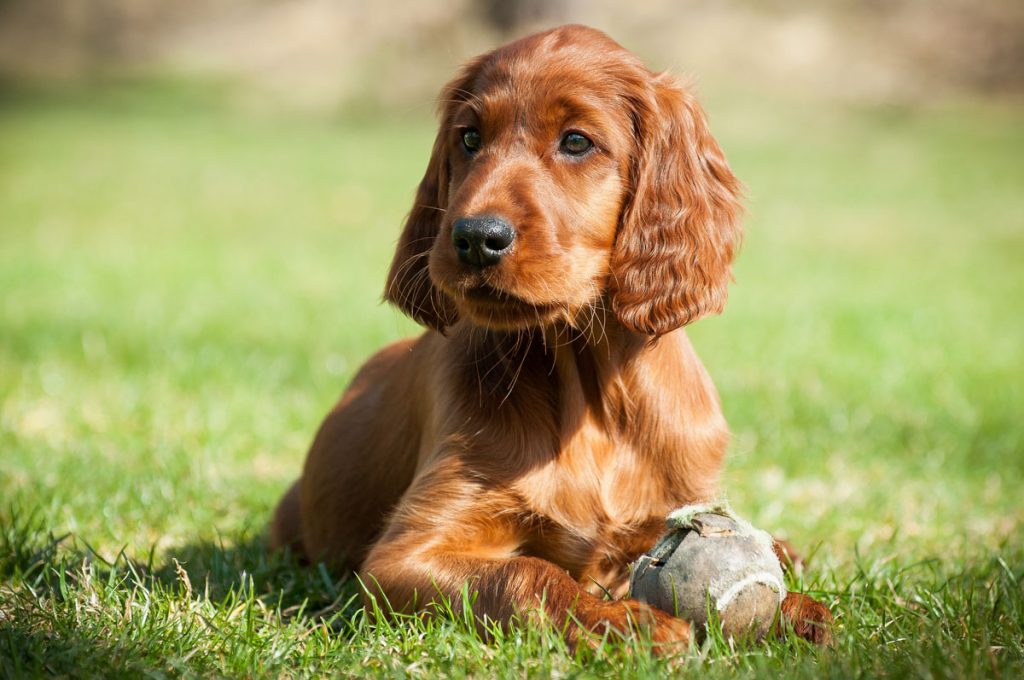 It is an intelligent dog, although they cannot be easily trained because of its lack of concentration outdoors.It is well predisposed for discipline and learning.

This type of Setter adapts perfectly to a familiar lifestyle and to apartments, although it needs to do a lot of daily exercise.It is suggested to brush its coat daily to maintain its skin healthy.
It is a dog with a tendency to develop overweight, so it is recommended topay attention to its diet.

You can download the FCI (International Cinological Federation) standard at the following link: http://www.fci.be/Nomenclature/Standards/002g07-en.pdf

Be the first to review “English Setter” Cancel reply