Standard Poodle – Only Dogs
Follow Us on Social Media

It is the Poodle’s biggest variety, and probably the less popular. It is a dog which stands out for its curly fur, one of the favorites of dog groomers. It shows an intelligent, elegant and high-class image. 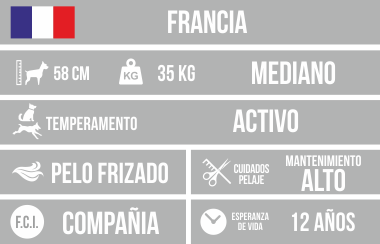 It is the Poodle’s biggest variety, and probably the less popular. It is a dog which stands out for its curly fur, one of the favorites of dog groomers. It shows an intelligent, elegant and high-class image. 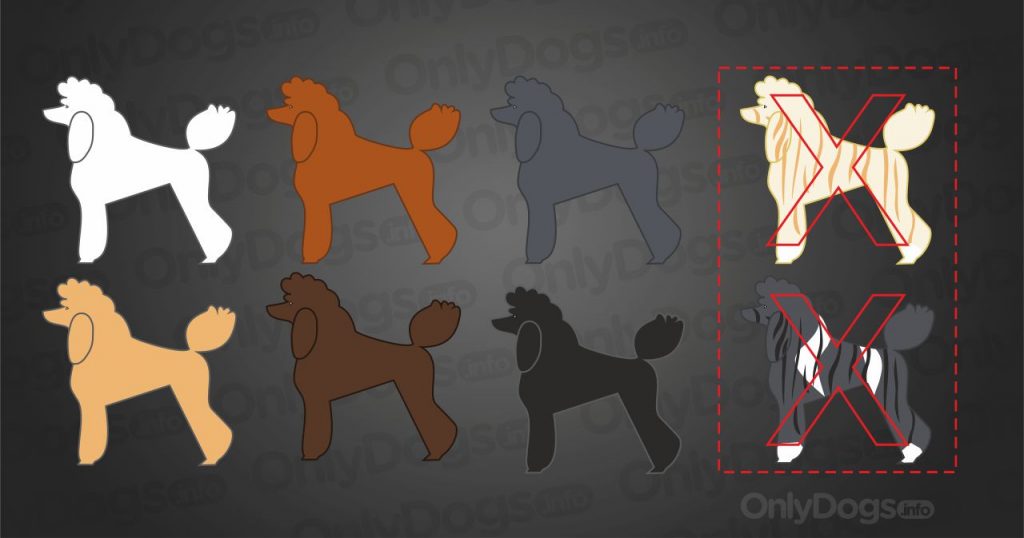 For many centuries, the Poodle and the Barbet were the same breeds. Originally, this dog was used for water birds hunting. During the XVI century, they started to be differentiated. Some specimens crossed with the Spaniels to get a softer hair texture and that is how Poodles were born, which then became the kings and princes favorite pets. 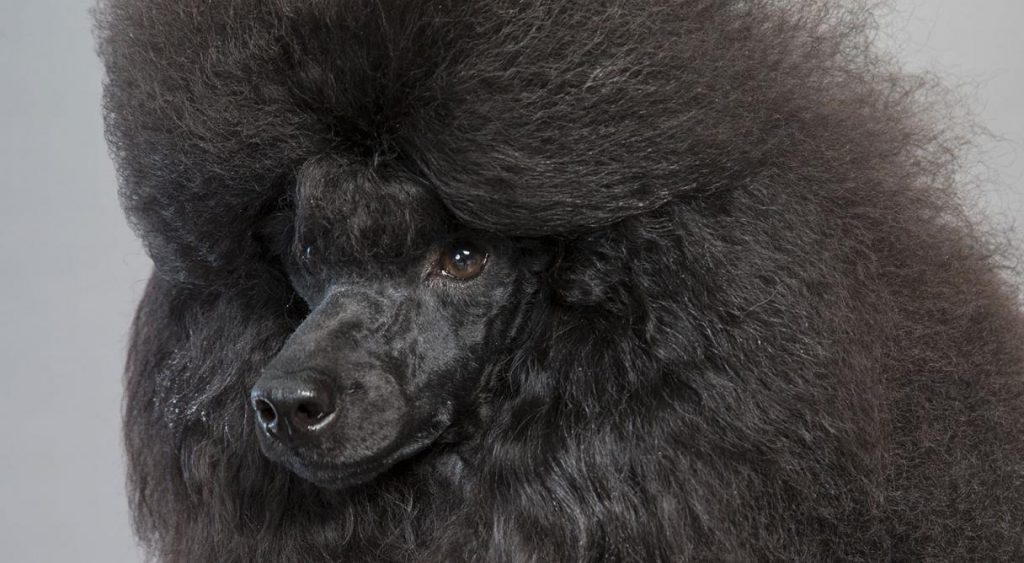 The Poodle became really popular as a companion dog not only because of its kind, loyal and youthful personality but also for its four different shapes and colors, which everyone could choose according to their preferences.

It is a medium-sized dog with curly fur. The snout’s size is of the same length as the skull’s (9/10) and its length rate is slightly bigger than its height rate. The height from the elbow to the floor is 5/9 from the withers height rate.

It is an extremely intelligent dog which can learn a lot if it is trained softly and patiently. Since the first Poodle’s owners found out how big its learning capacity was, this breed has been trained for many different situations, like helping its owner in the house or even dancing as a circus dog all around the world. Poodles love to please. They look forward to calling attention and they have a very strange sense of humor. For example, if it does something considered to be funny for its owner and he responds laughing and making compliments, it will repeat this action again and again. Poodle genetic allows this breed to create special bonds with their owners and to be able to work with them.

Its appearance can change abruptly according to the different clips it may have. The ones which are accepted for exhibitions are the Continental Clip (lion’s mane and hairless thighs with fur balls close to the paws), Sporting Clip (similar but with a hairless point of rump) y Puppy Clip (for puppies).

Active. As all Poodles, Standard Poodle is loyal, it lives bonded to its owner, and it sometimes may obsess with it, to the point of following him everywhere, watching him every time and to sit at the same time as him. It is playful, cheerfull, observant and very intelligent, it is able to learn a lot of new things and quickly. It may bark if it sees a stranger or if it stays alone at home, as a guardian would do. Due to its size it can put up with the shoving and pulling of a baby trying to walk for the first time, so it is the ideal partner for children. If it has been raised next to them, it is also patient with children because they run, shout and play a lot. 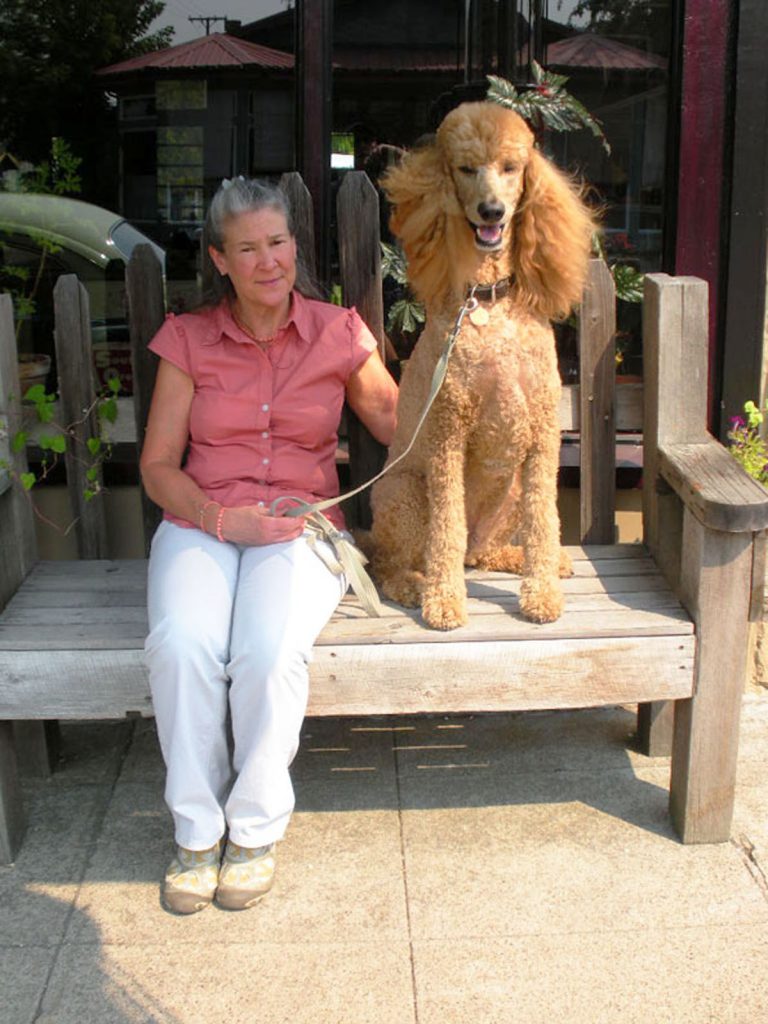 The Standard Poodle is a little self-centered and needs to be an active part of its owner’s lives. It will be an unhappy dog if it has to stay alone at home for hours and if when its owner comes back from work is still alone.

It is important to make it sociable from the beginning, due to although it may be caring with its owners it may also have a bad behavior with strangers.
It is a dog which suits well with an urban life. Sometimes, it may be very gluttonous and it is recommended to regulate its meals.

The fur demands a lot of attention, it is necessary to take it to a professional dog groomer.

Although this breed tends to live longer, Poodles may suffer a lot of genetic illnesses, such as Eye Tearing, Cataracts, and Progressive Retinal Atrophy, which may cause blindness. The skin allergies and illnesses are common, possibly caused by the not qualified use of scissors or shampoo and/or color developer allergies. Ear infections and hip dysplasia are also very common. It is recommended to feed it 2 or 3 times a day instead of giving it one big meal, due to it is prone to swell up. 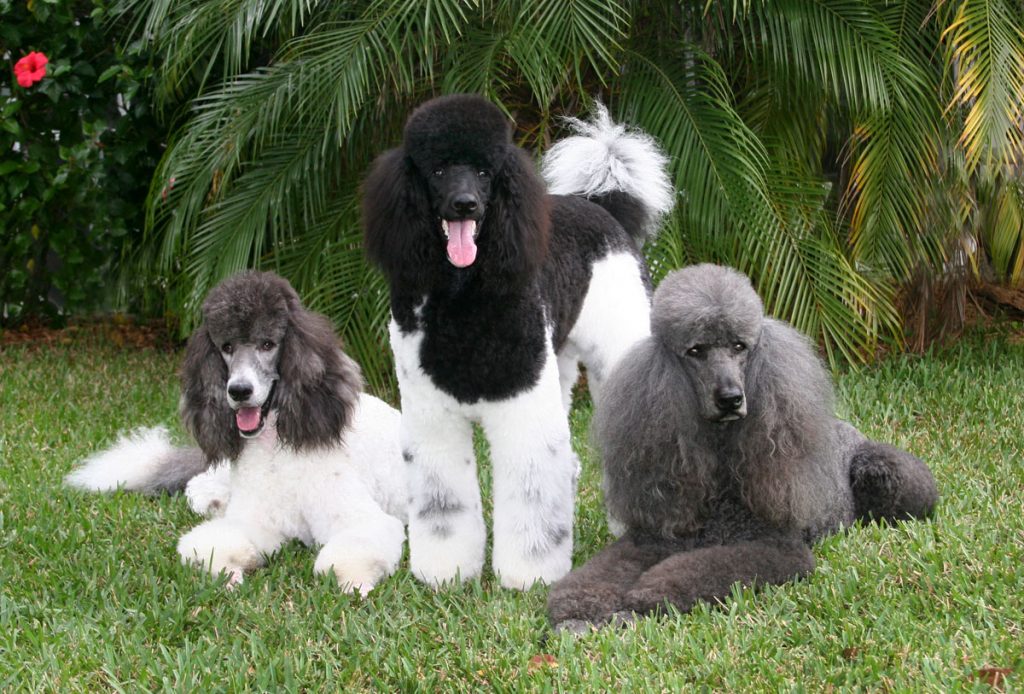 References: https://es.wikipedia.org/wiki/Caniche
You can download the FCI (International Cinological Federation) standard at the following link: http://www.fci.be/Nomenclature/Standards/172g09-en.pdf

Be the first to review “Standard Poodle” Cancel reply