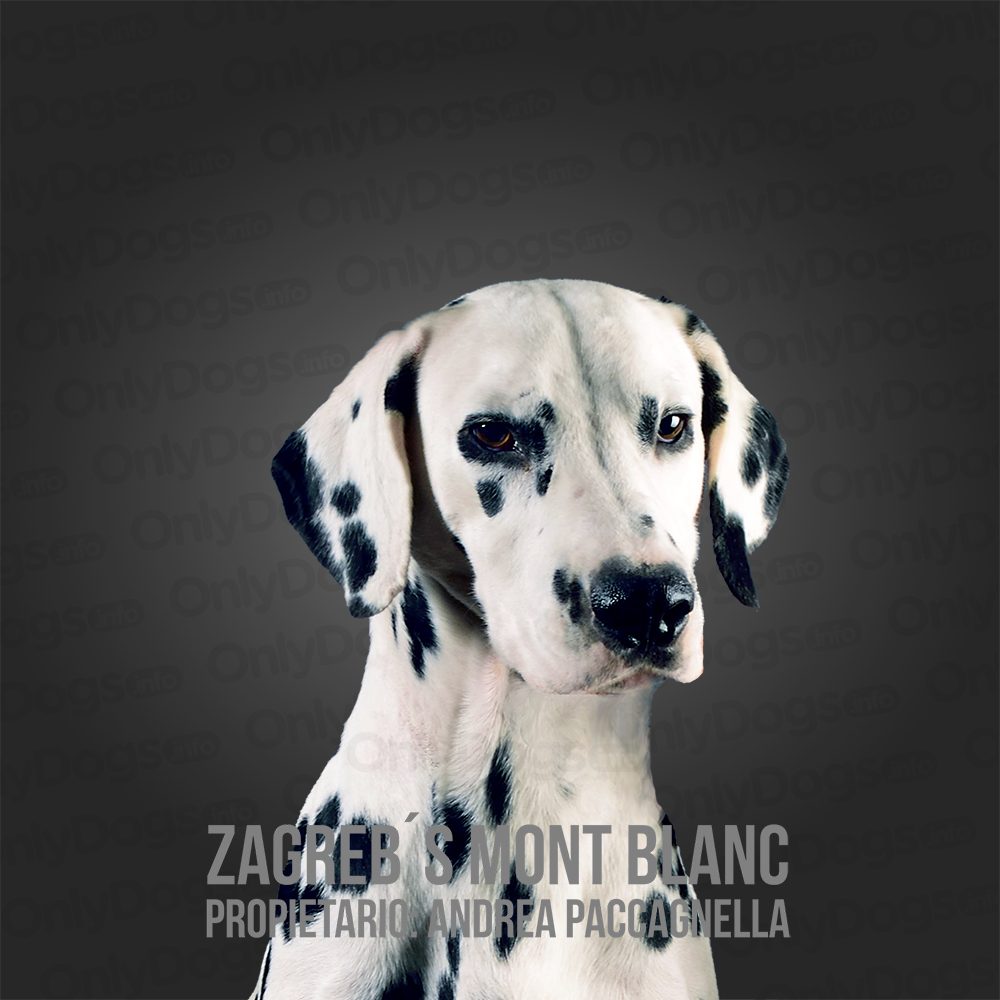 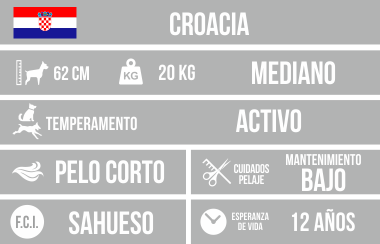 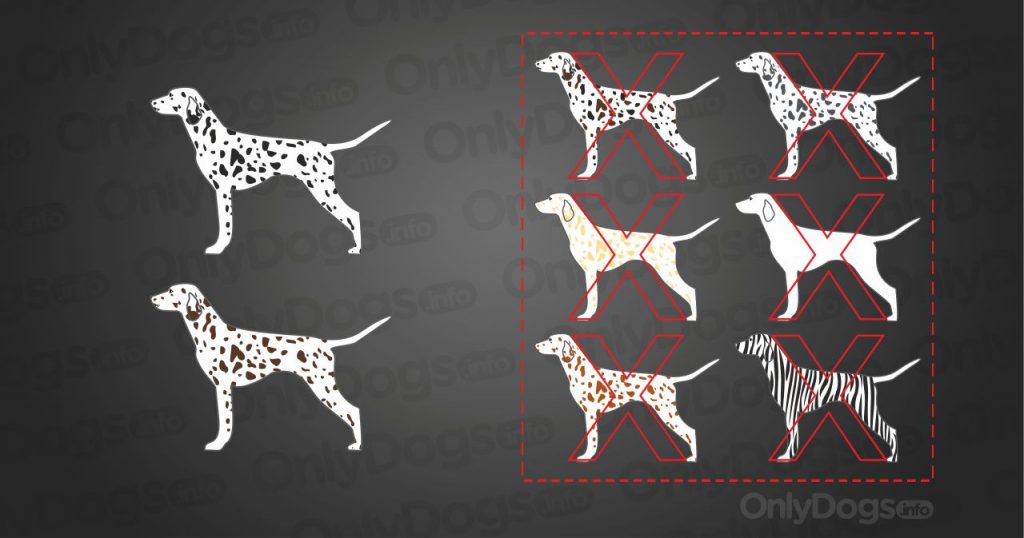 FCI recognizes Croatia as its home country because of many history resources.

The breed first non-official standard was introduced in 1882 by Vero Shaw. In 1890 this standard became official, and the first Dalmatian Club in the United Kingdom was created. When the spotted dog was exhibited for the first time in England in 1862 most people said that it had been used as a guardian dog and as companion dog for the nomads of Dalmatia. The breed’s coat became extremely popular in Europe since 1920. Its unusual markings were usually mentioned in the ancient cynology documents.

It was used as company for the aristocratic carriages, because they were a symbol of a nobility status. However, before they were employed by the British aristocratic, it is estimated that they were the guardian dogs of the carriages. It has also been used as Shepherd dog and in activities related to wars. Above all, it was the pet of firefighters and of barns. Its popularity increased after Dodie Smith wrote his book «101 Dalmatian» in 1956. 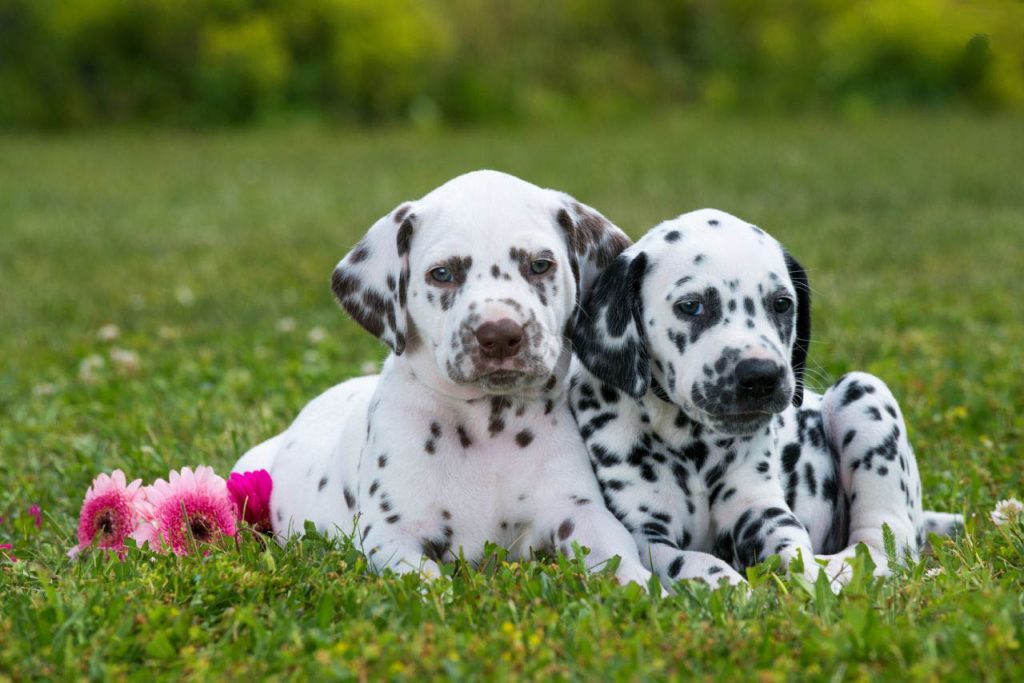 The Dalmatian is a medium-sized dog and it has an athletic appearance. It is a well-balanced dog, distinctively spotted, strong, muscular, and active. As an old carriage companion dog, it has a great resistance and high speed. Its body is symmetrical, and it is definitely not stubborn or slow.

The limbs are round with angled paws and black or white nails. The nose is of the same color as the markings. The eyes are brown or amber. The thin ears taper towards the tip and are set fairly high and close to the head. The bigger the definition of the markings, their size and equality of its distribution (big markings on the back becoming smaller when getting close to the groin) the more valued will be the dog.

The fur must be straight and the owner must know the shedding season of the animal. The Dalmatian does not need a complicated brushing rutine. 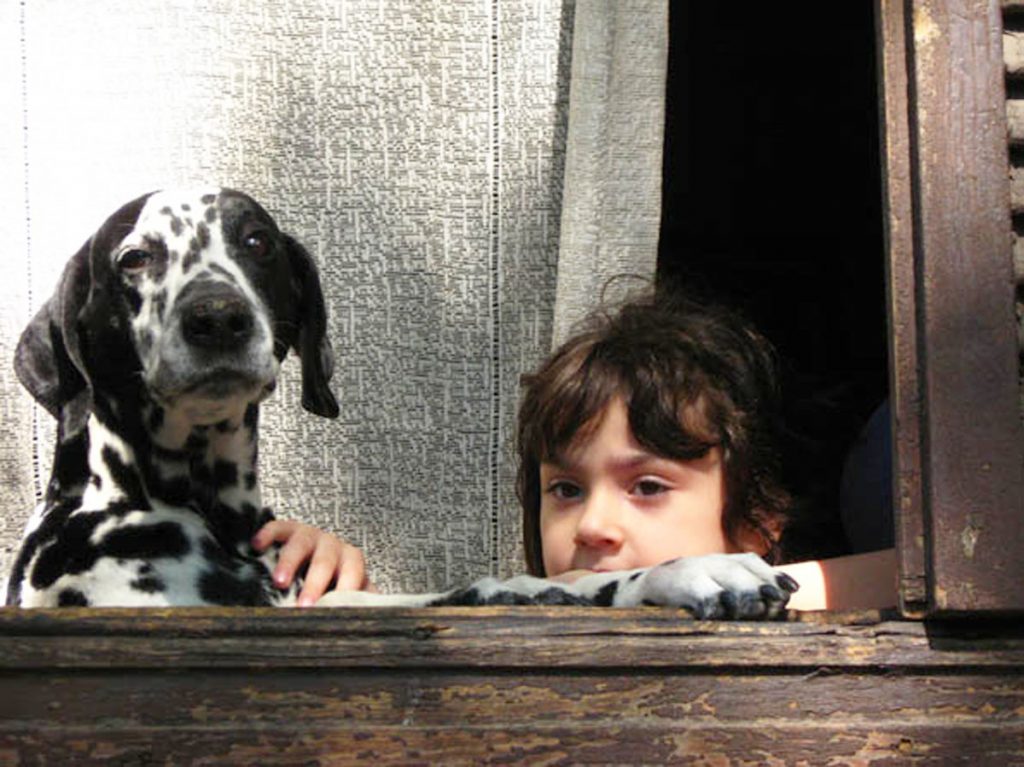 This dogs behave independently and calmly, but they are naturally discreet and energetically territorial, and so it could be trained as a guardian dog or as a search and rescue dog. It is cheerful, loyal, independent and easy to train. The Dalmatian loves water and doing outdoor activities. It has a notable Hound instinct.

Loneliness or lack of attention may cause destructive behavior or mental disorders. A sign of it is biting their paws, hurting themselves seriously; dig out compulsively, among others. In addition to its good relationship with humans, they get on well with horses.

It energetic and playful personality makes them ideal partners for active people; although they are not suitable for children because of their slight stubbornness and great deal of energy. However, it is essential to teach children how to play with dogs in the right way.

They are really clean dogs, and require less attention besides their frequent brushing and nail cutting.

The Dalmatian suffers hair loose during the whole year. Its short and thick hair sticks to most surfaces and clothes, and they are hard to remove. The hair loose can be reduced by brushing the coat every day for at least 5 minutes. 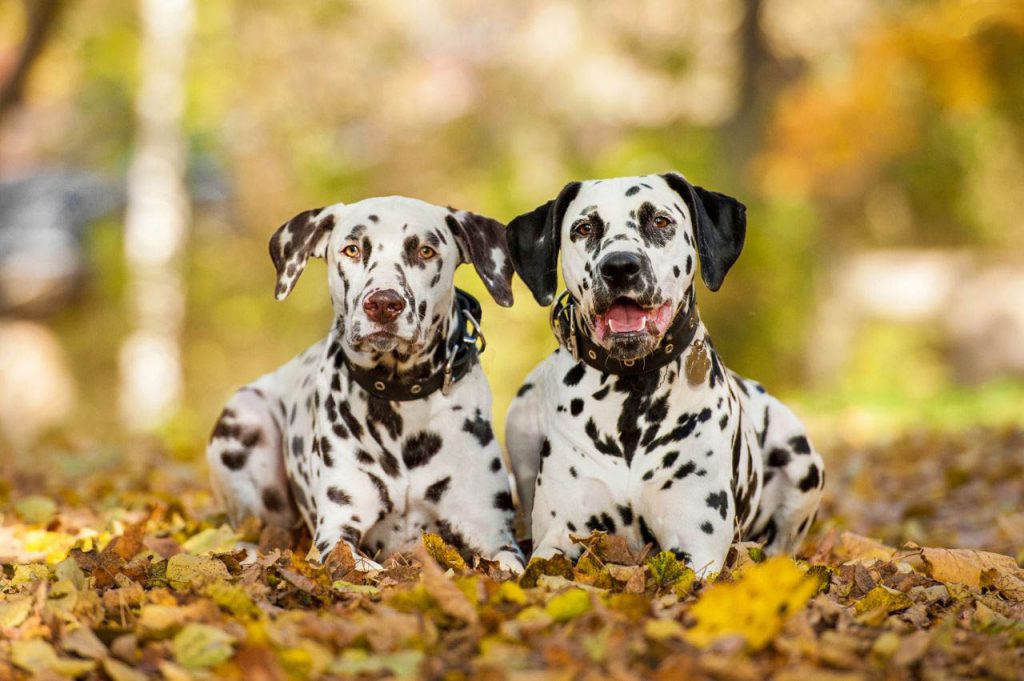 Over the 10% of Dalmatian puppies can be born with deafness, total or partial.

They are known for their problems in their urinary metabolism (Uric acid is excreted in high concentration into the urine as product of the waste of the nitrogenous metabolism), which, unfortunately, could cause kidney stones and bladder stones, especially in male specimens.

The stones can be created in any part of the urine system of the dog, from the kidneys to the urethra, although the most common location is the bladder. The stones may cause a slight irritation in the minor cases, or, in the worst cases, they can block the urine flow (completely or partially), making the micturition painful and, in some cases, endangering permanently the dog’s life. The final result is having a balanced diet for the Dalmatian, low in purine –but not low protein. 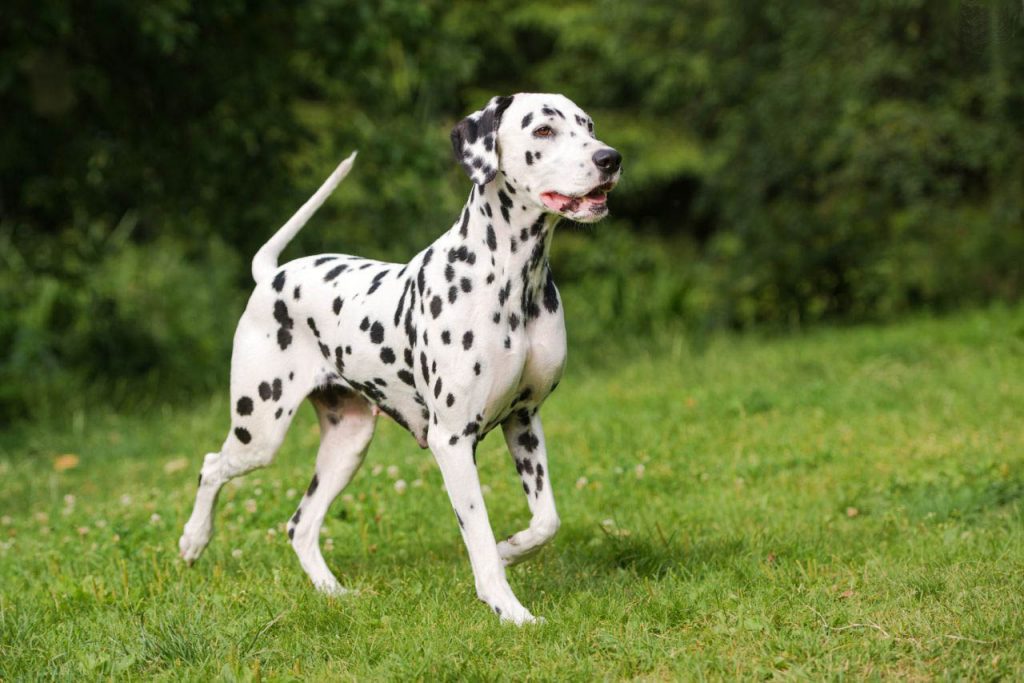 You can download the FCI (International Cinological Federation) standard at the following link: http://www.fci.be/Nomenclature/Standards/153g06-en.pdf

Be the first to review “Dalmatian” Cancel reply