Bulldog Inglés – Only Dogs
Follow Us on Social Media

The English Bulldog is a brave dog; which has a short coat, is a little heavy, short, broad, powerful and compact. It has characteristically thick shoulders and a big head in proportion to its body. It generally has wrinkles on its forehead. It is intelligent and docile, which makes it an excellent companion dog. 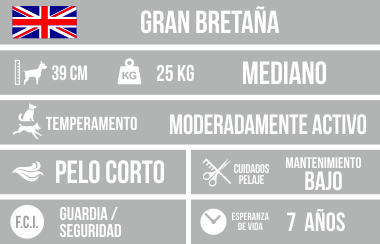 The English Bulldog is a brave dog; which has a short coat, is a little heavy, short, broad, powerful and compact. It has characteristically thick shoulders and a big head in proportion to its body. It generally has wrinkles on its forehead. It is intelligent and docile, which makes it an excellent companion dog. 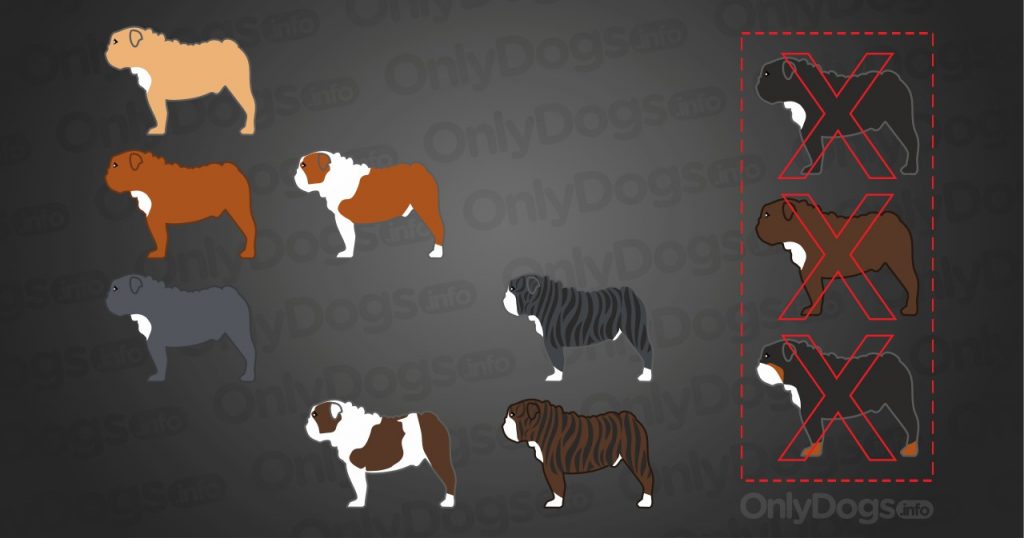 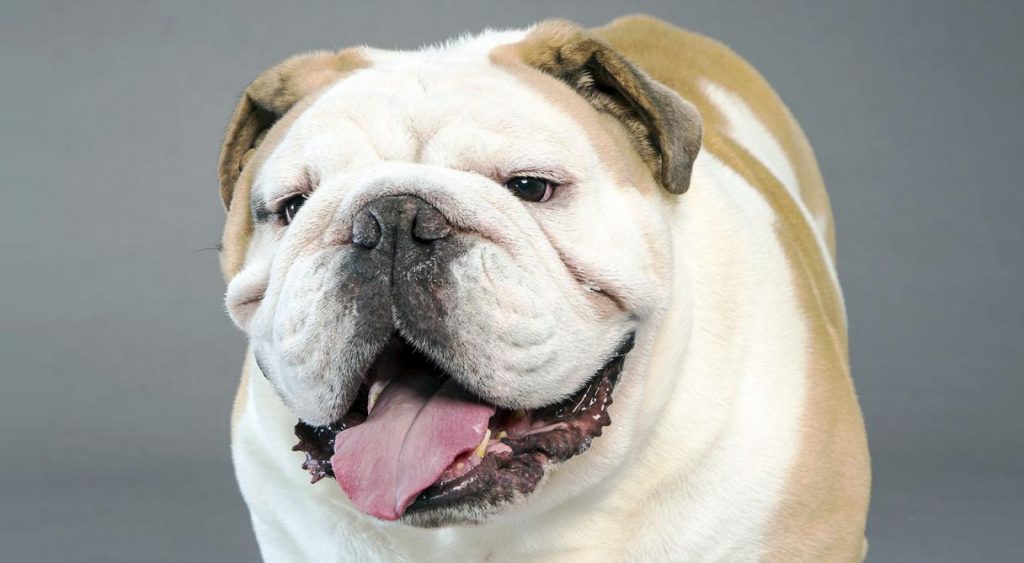 Its origin dates back to the first stages of the century. It is thought that the English Bulldog breed appeared in the ancient Africa as a result of the cross between a kelb thal glieta, a smuggled breed in England, and ancient Mastiffs. It departed from there to England, where it started being very popular. It is important to keep in mind while we are talking about the Bulldog’s history that its original appearance is not similar to the one it currently has. At first, the Bulldog was taller and had a different appearance; but that changed because of the many crosses with diverse local dogs. As a result, our current Bulldog was born. Nowadays, it is a valued animal for beauty contests. 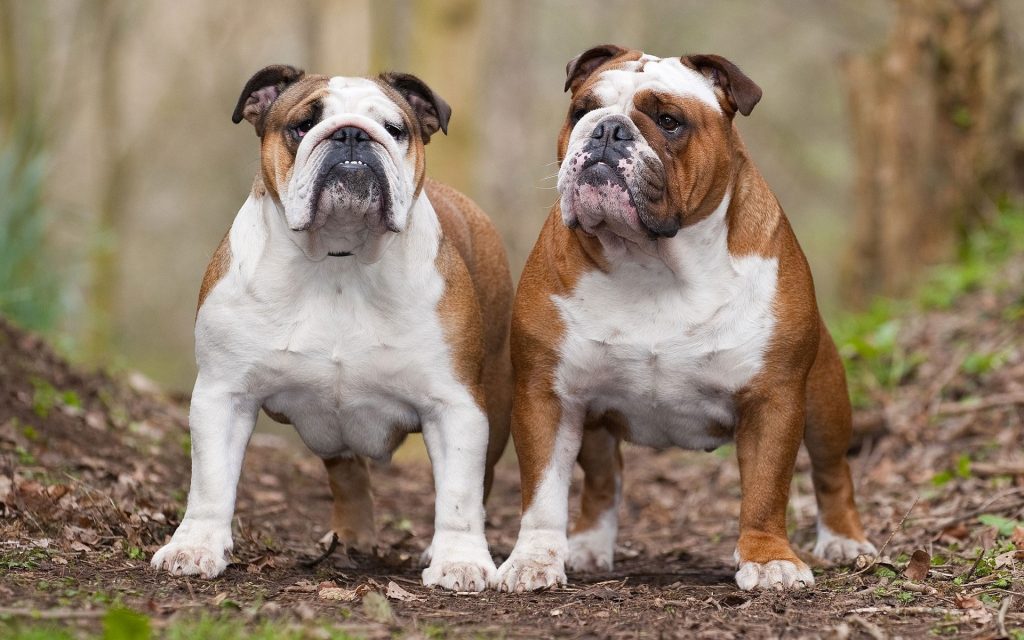 The English Bulldog is a short-haired, robust, powerful and broad dog. It has a very big head in proportion to its body, which has loose and wrinkled skin. The snout is short, broad, and the lips are thick and drooping. Its legs are short, strong and muscular. The tail is straight and faces downwards. It has a fine, short and dense coat which tends to be one-color brindle with a mask. The English Bulldog may be of uniform but glossy colors, and pure like red and its different shades, like brindle, white and flecked.
In the United States, the average weight of male adults is 22 kg, and 18kg for females. In the United Kingdom, its home country, the established weight for males is 25kg and for 22kg for females. There are 3 Standards with slight differences, but which could currently cause interpretation differences. 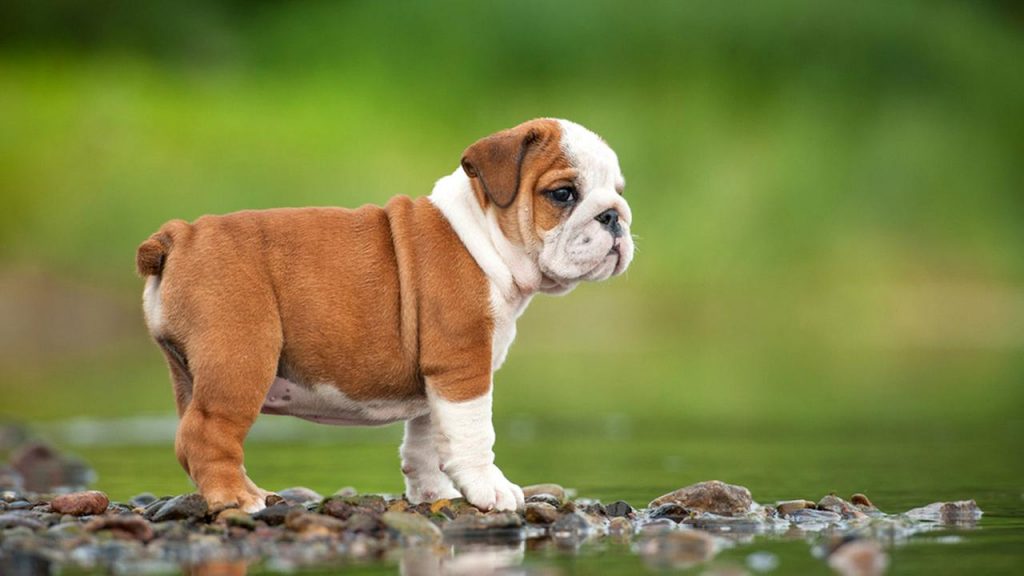 Some dog breeds must have their tail docked after they are born, but Bulldogs are one of the few breeds which have a naturally short and curly tail. A long and lifted tail is an imperfection in the Bulldog. The FCI Standard of this breed says, regarding the tail: the absence of the tail, inverted tails, or very tightened are undesirable.

The English Bulldog is a dog with a fierce appearance but with an affectionate nature. It is very noble and calm. It tends to be patient and gets on well with children, but the little ones must be careful because this dog does not control its strength. Although it is not an aggressive dog, it is determined and watchful with strangers.

The English Bulldog is a very intelligent dog, but it can be a little stubborn, which is why it may need an obedience training since it is a puppy. It does not respond to tough and negative methods; it learns faster if it is rewarded and trained patiently. 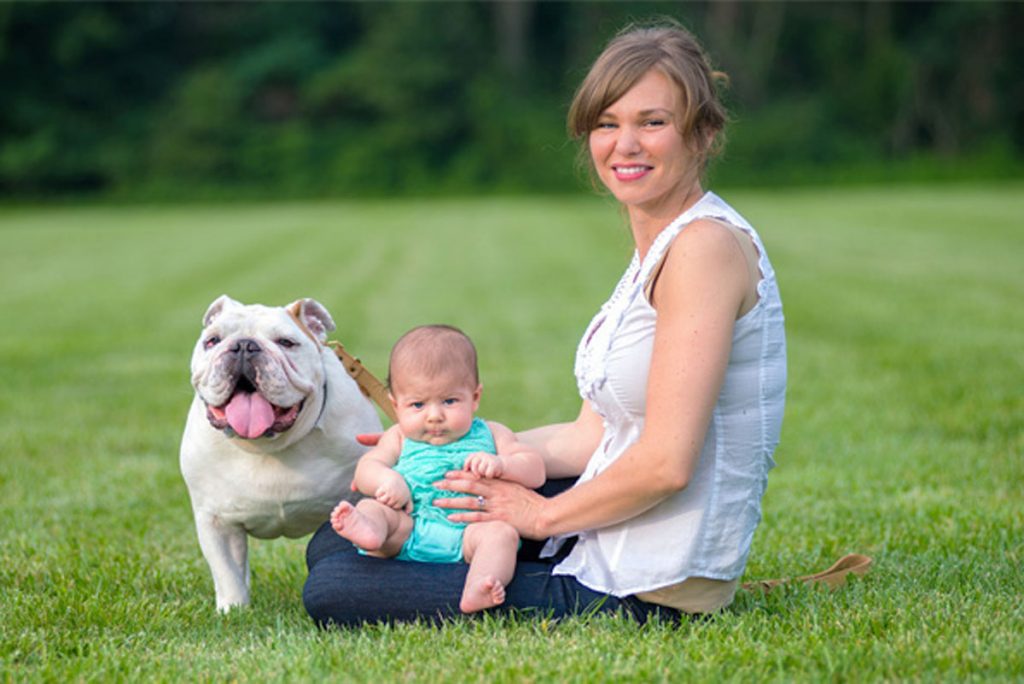 The English Bulldog’s coat does not demand much attention; it must be occasionally brushed with a bristle brush and to be bath when necessary. Its eyes, wrinkles and ears must be cleaned regularly.

An English Bulldog is not very resistant to heat (it may have problems with warm weather) and does not tolerate high temperatures.

The English Bulldog is prone to have skin infections, and eye and respiratory diseases. It tends to snore. Bulldog litters are delivered by Caesarean section because their characteristically large heads can become lodged in the mother’s birth canal. 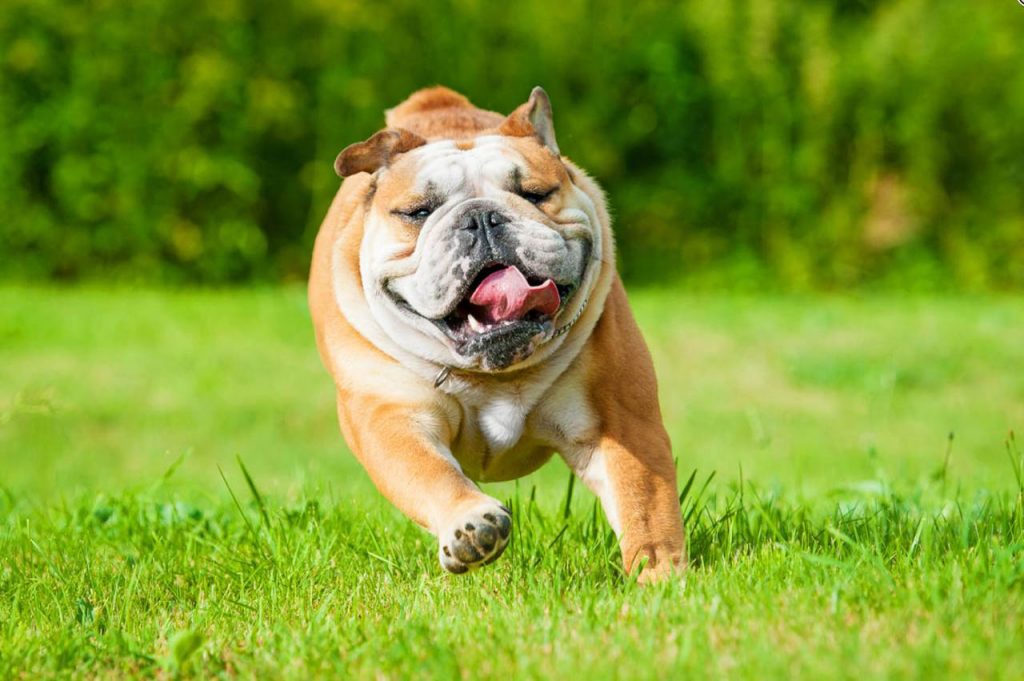 The English Bulldog’s breed does not need much exercise, but it requires to be taken out for a walk at least once a day. It easily adapts living in an apartment, as long as it has its daily walk. It must not do much exercise while exposed to high temperatures.

EThe English Bulldog suffers many congenital and hereditary conditions, such as cleft palate in puppies, hip dysplasia, limping in the back limbs, entropion and ectropion, dermatitis, stenosis in the nasal cavities and lengthening of the soft palate.

You can download the FCI (International Cinological Federation) standard at the following link: http://www.fci.be/Nomenclature/Standards/016g01-en.pdf

Be the first to review “Bulldog Inglés” Cancel reply