Bichón Frisé – Only Dogs
Follow Us on Social Media 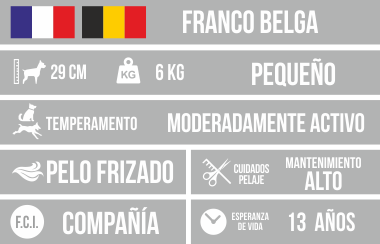 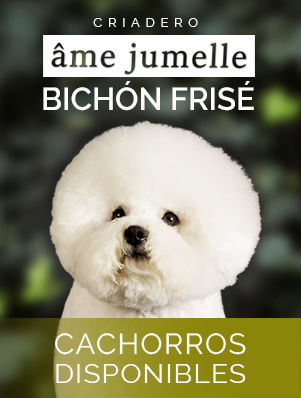 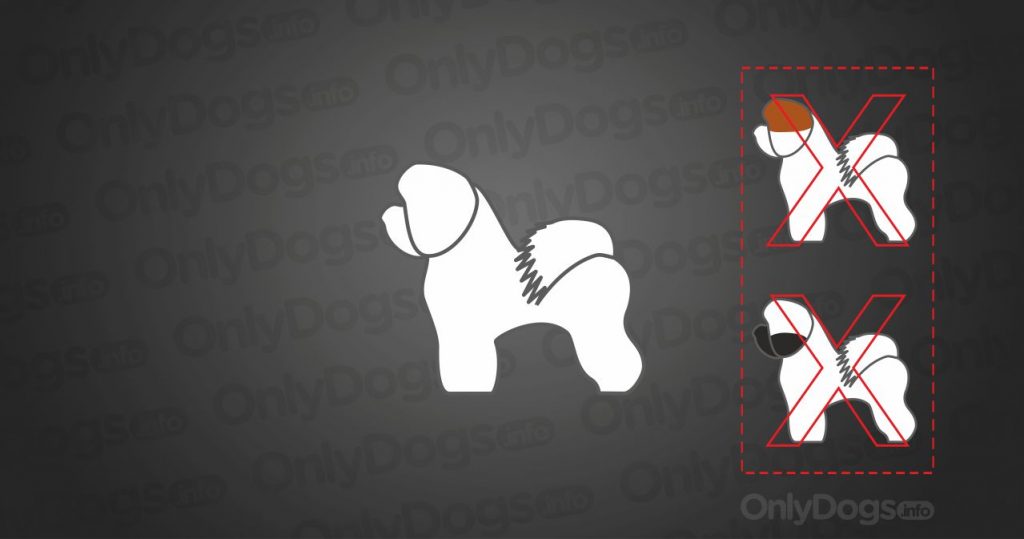 The Bichon Frise was brought to France from Italy during the Renaissance. It received the name of “barbichon”, which was later shortened to “Bichon” in honor of its similarities with a small Barbet. It was very popular among the nobles during the 17th and 181h century, as much in France as in Belgium. After the Second World War it practically disappeared, but thanks to the devotion of some French and Belgian breeders, the breed was rescued. The first specimen registered was called “Pitou”, registered in Belgium in 1932. Its actual name was established in 1978 and it was recognized as a French-Belgian breed. 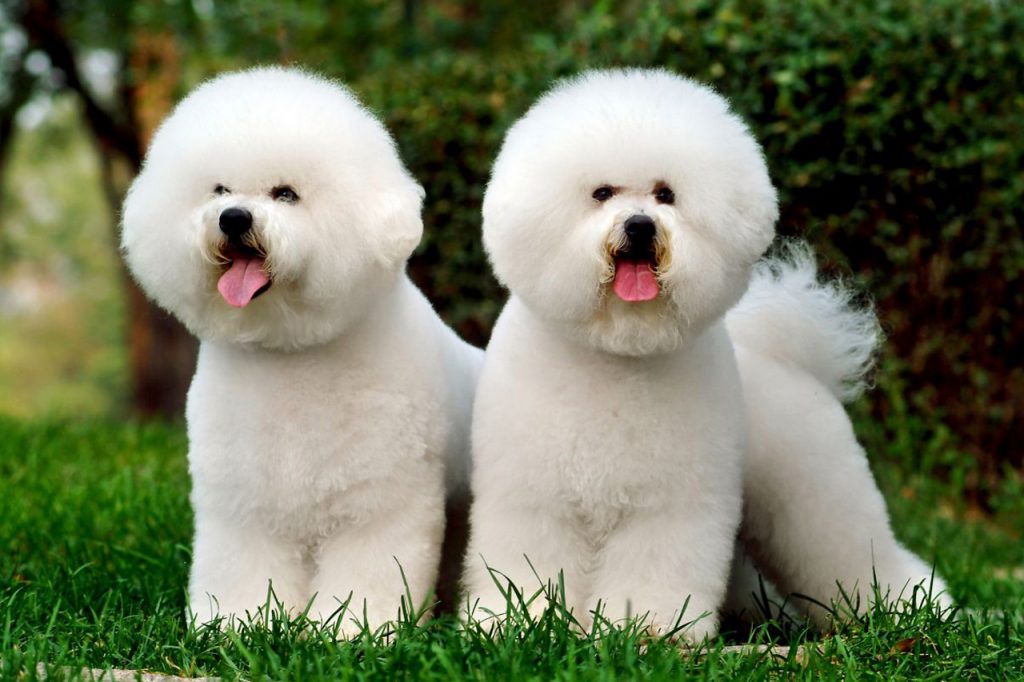 A cheerfull small dog, which walks lively and proudly with its fluffy white hair. With dark eyes, it has a curved tail over its back.

The head is in good proportion to the body. The eyes and the snout are three black spots which are easily visible in a completely white head. The skull is longer than the snout (3 to 2) and with a bigger length than width. The “stop” (the slant between the snout and the skull) is noticeable but it is not very pronounced.

The snout must be black, round, and finally grainy and shiny. It must be straight, without pointing up or down.
The eyes must be dark, and the eyelid’s pigment completely black. When the dog looks to ahead, the White part of the eye must not be visible.

The ears hang up and must be very furry.

The Bichon’s fur is of big importance and to make it look flashy it must have a constant maintenance. A fur perfectly maintained requires a lot of daily attention, so this is a very important aspect to keep in mind at the moment of acquiring a Bichon Frise.

The Bichon Frise is a long-lived breed which can live for 15 or 16 years. That is another aspect to keep in mind before deciding that this is the right breed for you. Clearly, when you bring a new pet home your main objective is that your dog remains with you for your whole life.

Due to the plentiful fluffy White fur of the Bichon, the physical structure we find beneath may be a surprise for the novice. This breed is extremely robust and with no structural exaggerations of none kind. Even though the Bichon has, currently, bigger length than height, this is not immediately visible, due to the fur, which projects out of the body and gives it an appearance of a powder brush.

Thanks to the robust structure of the breed, this can move very easily, and some specimens may behave in a bustling way around the house. The Bichon are capable of taking part in the Mini-Agility because they are in the height Rank which allows them to, due to its ideal height to the withers is 23-28 cm in the case of the United Kingdom. In the United States, the height can reach the 30,5cm and in the countries which apply the standard of the FCI, 30 cm maximum.

No clauses are specified regarding the standard weight, but this one is usually between, more or less, 4.5 and 8.25kg.

It is a real partner that can be taken anywhere without trouble. It is not anxious and it does not bark frequently. It is very sociable not only with people but also with other dogs, even if it does not know them. It has a great adaptation capacity and is really close to its owner.

The Bichon Frise is cheerful, playful, extroverted, loving and obedient. It likes to be the center of attention and live in an ambient where it can be part of the family life. This dog enjoys playing with kids, as long as they treat it carefully. 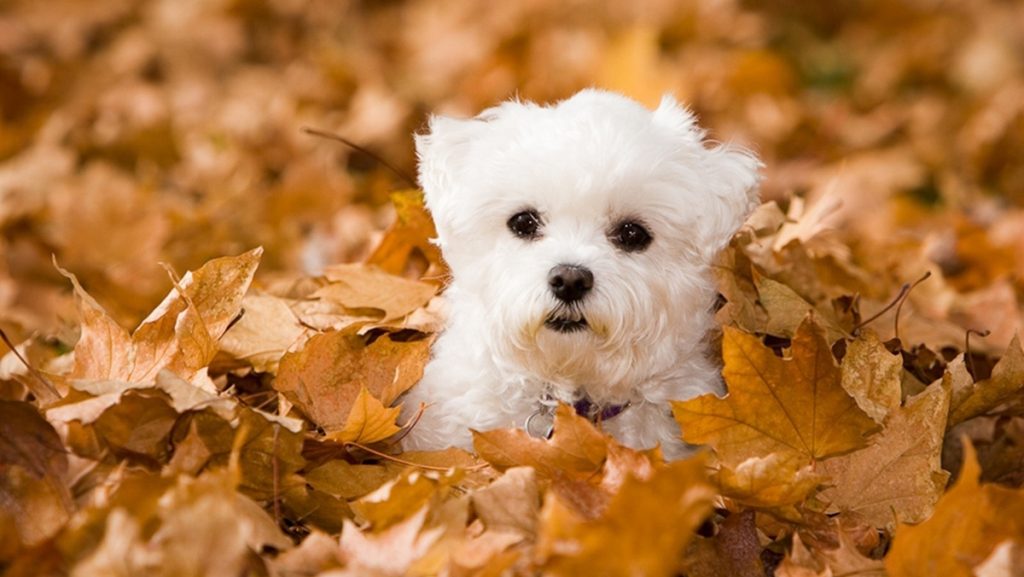 Although it is true that the Bichon Frise does not lose fur in abundance it will always be recommendable to brush it regularly, among other things, to create an emotional bond with your dog. Ideally, you should brush your dog daily, or at least three times a week.

For its bath, you should use white hair products.

Other of the basic care measures you should keep in mind is the regular cleaning of its snout and eyes, because the saliva segregated by its lacrimal caruncles may provoke red stains around these body parts.

It is extremely important to keep the hygiene of its dentition to prevent plaque and the future loss of parts of it, either using mouthwash, toothpaste, and toothbrush, or with bones of leather which helps to prevent plaque. 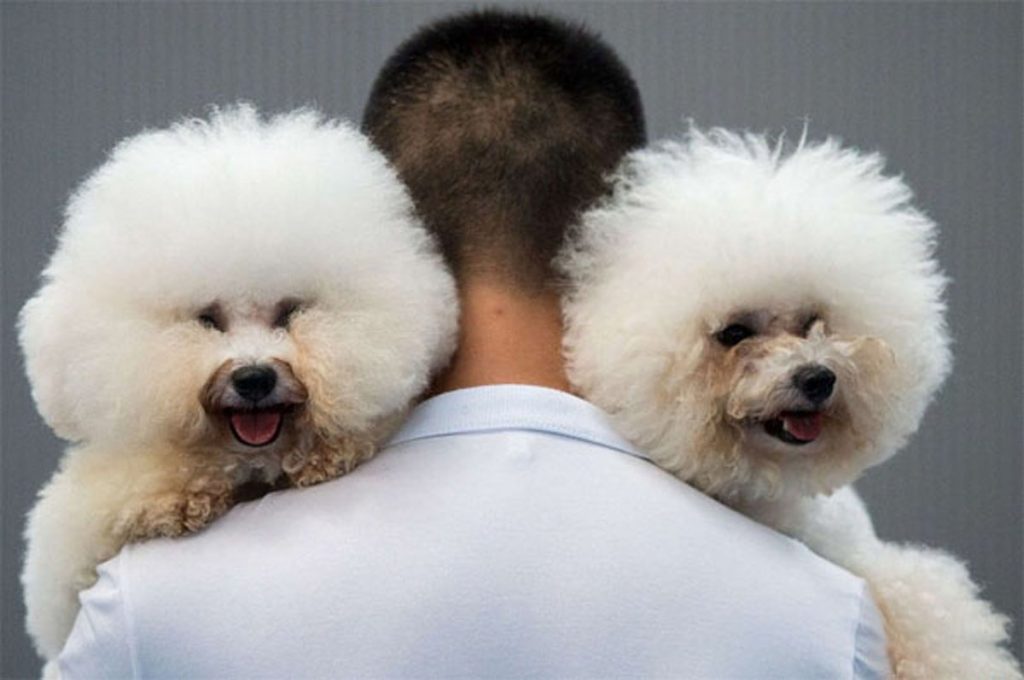 Due to inappropriate crossbreeds, the Bichon Frise has health ailments typical of its own breed, between those that are:
Luxation of the patella: is a weakness in the patella, or kneecap, which can be controlled by selected breeding.

Juvenile Cataracts: Sight loss or blindness is very common, even in pretty young specimens. The recommendations regard this kind of problem is to avoid the reproduction of the affected specimen.

Bladder Stones: It is a natural predisposition of small breed’s dogs, which can get worse by protein, magnesium or phosphorus excess in the animal’s diet. The symptoms may include frequent urine, despondency, general malaise, and weakness. Sometimes it is necessary to resort to surgery, but it can be avoided with frequent walks, a protein control in the diet of the animal and enough exercise.

Also, it may endure in a lesser extent, Hip dysplasia, and epilepsy, poor pigmentation in its skin, allergies, advanced clothing and genetic modifications in temperament. 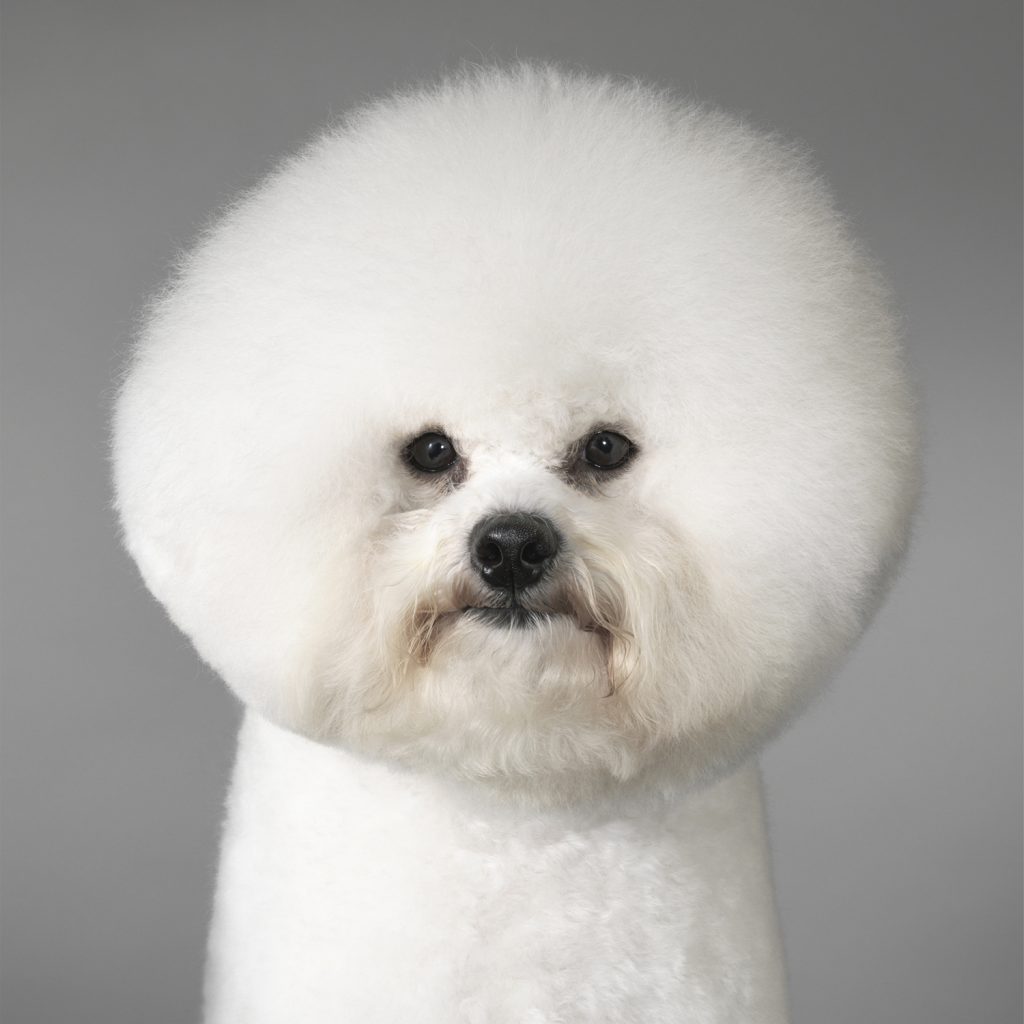 References: https://en.wikipedia.org/wiki/Bichon_Frise
You can download the FCI (International Cinological Federation) standard at the following link: http://www.fci.be/Nomenclature/Standards/215g09-en.pdf